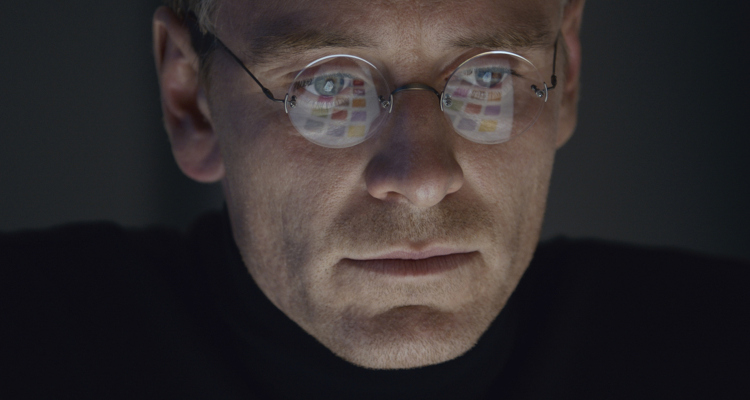 10 things you need to know about ‘Steve Jobs’

This week, Danny Boyle’s Steve Jobs biopic is released in Irish cinemas. Starring Michael Fassbender in the leading role, ‘Steve Jobs’ tells the story of the most turbulent years of Jobs’ life, through the lends of the launches of the Macintosh, NeXT and the iMac.

Here at Movies.ie, we are very excited to see what Boyle, Fassbender and screenwriter Aaron Sorkin have done with Jobs’ story, and have compiled some facts you need to know about the film.

1. Third time around
‘Steve Jobs’ is the third film to be based on Steve Jobs, after ‘Pirates of Silicon Valley’ in 1999 and the Ashton Kutcher starring ‘Jobs’ in 2013.

2. First incarnation
Originally, David Fincher was attached to direct ‘Steve Jobs’, with Christian Bale in the lead role. After Fincher departed the project, Danny Boyle signed on, and brought Michael Fassbender with him.

3. Inspiration
During a press conference for ‘Steve Jobs’, Michael Fassbender joked that he had based his performance in the film on Ashton Kutcher’s role in ‘Jobs’.

4. Call Back
In an early scene, John Scully – played by Jeff Daniels – offers Steve Jobs a bottle of Château Margaux, a premiere Bordeaux wine. In ‘Arachnophobia’ Daniels played a doctor with case of Château Margaux that he was extremely protective of.

5. Filming
The film is shot in three main sequences; before the launches of three seminal products in Jobs’ life. These three sequences in the film were filmed on 16mm, 35mm, and digital to illustrate the changes and developments in Apple’s technology across the 16 years depicted in the film.

6. Research
Although Seth Rogen plays Steve Wozniak in ‘Steve Jobs’, he admits he had no idea who the Apple co-founder was before he signed on to the film. To prepare for the film, Seth Rogen met with Steve Wozniak extensively to understand him. Rogen also researched Wozniak’s keynotes and speeches online.

7. Setting
The 1984 shareholder meeting and product launch in the film was replicated at the original location; the Flint Center of De Anza Community College in Cupertino, California.

8. Grapevine
Kate Winslet found out about ‘Steve Jobs’ from her makeup artist while working on ‘The Dressmaker’. Winslet’s makeup artist just got hired for ‘Steve Jobs’ and told Winslet. Winslet was intrigued by a movie written by Aaron Sorkin, directed by Danny Boyle and starring Michael Fassbender that she asked for more details about the female part.

9. Sharks!
At one stage in the film, Jobs and an Apple employee have a discussion about which image of a shark should be used as part of the product launch. The scene is short, but could well be a reference to the internet memes comparing Fassbender to sharks. Meta!