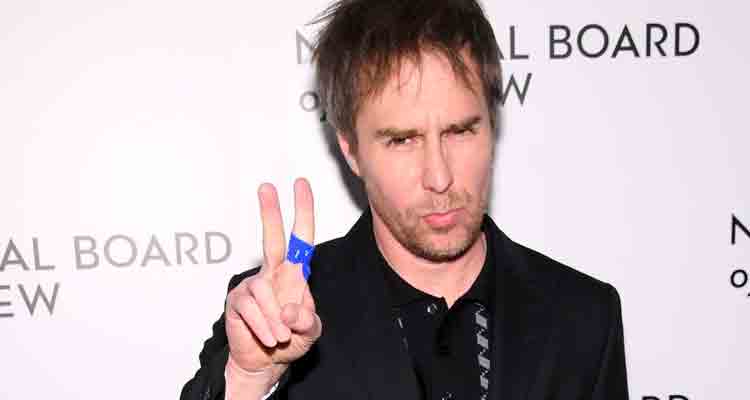 10 things you need to know about Sam Rockwell

We gather together trivia about Sam Rockwell, the star of THE WAY WAY BACK and check out what happened to Sam Rockwell’s hand after a car crash. Ouch!

THE WAY WAY BACK is the latest movie from Jim Rash and Nat Faxon; the dup that brought us THE DESCENDANTS. Sam Rockwell plays Owen and his performance is quite simply perfect. To celebrate the wonderfulness of Sam Rockwell, we have gathered together some factoids about the actor.

Rockwell had a role in JARHEAD, and filmed his scenes in one day.
… Rockwell was later cut from the film before its release. Boo!

Sam starred in George Clooney’s directorial debut, CONFESSIONS OF A DANGEROUS MIND.
… And he was Clooney’s one and only choice for the role.

Rockwell beat Bill Murray, Robert Downey Jr. and Johnny Depp to the role of Zaphod Beeblebrox in THE HITCHHIKER’S GUIDE TO THE GALAXY.
… It’s just a shame the film didn’t always deliver.

Duncan Jones wrote the role of Sam in MOON especially for Rockwell.
… And it’s pretty much universally agreed that Rockwell’s lack of an Oscar nomination for the role was a travesty.

The dance Sam Rockwell does at the Expo in IRON MAN 2 is something he does to help him get into character.
… Whatever it is, it’s a great dance.

Roger Ebert described Rockwell as ‘Your go-to guy for weirdness’.
… We’re sure that’s a compliment.

Rockwell’s highest rated film on Rotten Tomatoes is IN THE SOUP, with an impressive 92%.
… His lowest rated film is STRICTLY BUSINESS at 10%.

Sam damaged his hand in a car accident. In an interview with Esquire, he said; ‘I flipped a car. I think the same thing sort of happened to Shia LaBeouf, except his hand was hurt worse than mine, but my fingers were crushed and then reconstructed.’
… Well at least he has a good story to tell. Update – His fingers are good as new now! Nice work Sam!

THE WAY WAY BACK is in Irish cinemas from August 28th