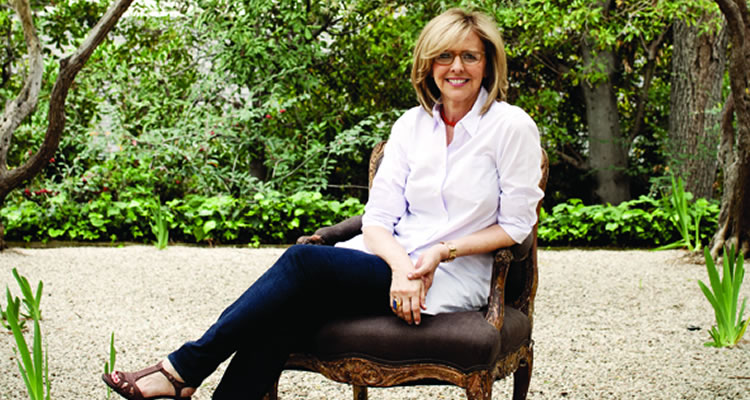 10 things you need to know about Nancy Meyers

Director Nancy Meyers brings her first film in six years to Irish cinemas this week; THE INTERN stars Robert DeNiro as Ben, a 70 year old widower who finds himself at something of a loss in life. Deciding that it is never to old to get back in the game, Ben decides to become an intern at a fashion website run by Jules Ostin (Anne Hathaway).

Here at Movies.ie, we are big fans of Nancy Meyers’ work, so we have compiled 10 things you really need to know about the Oscar nominated director.

1. Family Affair
Meyers’ parents are Irving and Patricia Meyers, and both have had appearances in films their daughter has written. Irving appeared in IRRECONCILABLE DIFFERENCES, and both he and Patricia appeared in FATHER OF THE BRIDE. As well as this, Meyers named the twins in THE PARENT TRAP – Annie and Hallie – after her own daughters.

2. Writer
Before she turned her hand to directing with THE PARENT TRAP in 1998, Meyers wrote some incredibly successful movies, including JUMPIN’ JACK FLASH, FATHER OF THE BRIDE and I LOVE TROUBLE.

3. Chick Flicks
Meyers is known for her work on so-called ‘chick flicks’, and in a recent conversation with HuffPost Live, Meyers had her say about dismissing the genre because women go to the films… ‘It’s dismissive of our gender and what we may find interesting’.

4. Ex-Husband
Meyers was married to writer and director Charles Shyer for 19 years. While they were together, the two worked on IRRECONCILABLE DIFFERENCES, FATHER OF THE BRIDE and THE PARENT TRAP, with Shyer directing several of the films they wrote together.

5. Success
Meyers wrote and directed WHAT WOMEN WANT, starring Mel Gibson and Helen Hunt. Although the film got mixed reviews, it became the then-most successful film ever directed by a woman, taking in upward of $370 million worldwide.

6. More Success
Speaking of Meyers’ successes, Meyers began directing at the age of 48, and five of her films have gone on to gross over $1 billion worldwide. Whoever said life begins at 40 might have had a point!

7. Oscars
As well as being Oscar nominated for the screenplay of PRIVATE BENJAMIN – along with Charles Shyer and Harvey Miller – Meyers directed one actor to an Oscar nomination; Diane Keaton in SOMETHING’S GOTTA GIVE. Keaton lost out to Charlize Theron for her role in MONSTER.

8. Genre in a Coma
In a recent interview with Time.com, Meyers said that while she believes that the pendulum will swing back the other way, ‘The rom-com has been in a bit of a coma’. Let’s hope Meyers is right. Who doesn’t love a good rom-com!?

9. Upcoming
Meyers is set to direct THE CHELSEA, a film set in the famous Chelsea Apartments in New York. The film is written by Meyers’ daughter Hallie Meyers-Shyer, and will star Felicity Jones.

10. When can I see THE INTERN?
THE INTERN is released in Irish cinemas from October 2nd 2015. Watch the trailer below…