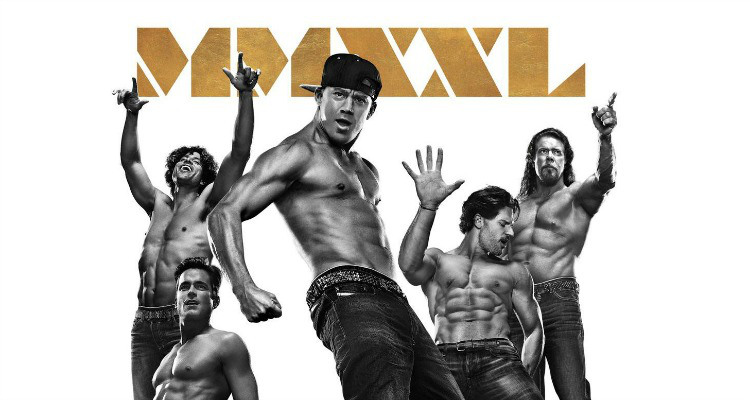 10 things you need to know about MAGIC MIKE XXL

Three years ago, MAGIC MIKE was released on unsuspecting audiences. Based on Channing Tatum’s experiences as an exotic dancer, the film was a massive success, earning more than $160 million worldwide.

This week, it’s time to do it all again as a sequel – MAGIC MIKE XXL – is released in Irish cinemas. Movies.ie gathered together some trivia about the film, which sees the Kings of Tampa reunite for one last blowout performance, so you can go into the movie fully prepared.

1. Confirmed
In a Twitter Q&A with Glamour Magazine in July 2012, Channing Tatum confirmed that a sequel to MAGIC MIKE was in the works, saying “Yes, yes and yes! We’re working on the concept now. We want to flip the script and make it bigger.”

2. Not Returning
Although he was in talks to return as Dallas, Matthew McConaughey does not star in MAGIC MIKE XXL. After he won an Oscar for his role in DALLAS BUYERS CLUB, McConaughey’s fee skyrocketed, meaning the studio optioned to pass on bringing him back for the sequel.

3. Unlikely Advisor
Although Joe Manganiello was a huge hit in MAGIC MIKE, he was not sure he wanted to be involved with the film at first. He confided in comedian Chris Rock that he was afraid that guys would hate him if he did the film; Chris reminded him that guys were going to hate him anyway, and with that, history was made. Thank you Chris Rock!

4. Feel the Pain
Stephen Boss, who plays Twitch in MAGIC MIKE XXL, was waxed on camera on The Ellen DeGeneres Show prior to the start of filming his scenes.

5. Director
Steven Soderberg directed the first MAGIC MIKE film, but has since retired from directing for the big screen. Directorial duties were taken over by Gregory Jacobs, the first assistant director of the first film.

6. Soderberg
Although Soderberg has retired from directing movies – he has directed 20 episodes of TV show THE KNICK – he is still involved with MAGIC MIKE XXL as Cinematographer and Editor. This marks the first time that Steven Soderberg has done the Cinematography for a film that he didn’t also direct.

7. Out with the old
As well as McConaughey, Alex Pettyfer and Cody Horn did not reprise their roles in MAGIC MIKE XXL.

8. In with the new
New cast members for MAGIC MIKE XXL include Elizabeth Banks, Donald Glover and Amber Heard. Jada Pinkett-Smith has also joined the cast, playing character named Rome; a role that was originally written for a male actor.

9. Soundtrack
The soundtrack to MAGIC MIKE XXL features some amazing tracks, and promises to be a treat. Songs used include ‘Pony’ by Ginuwine, ‘I Want it That Way’ by The Backstreet Boys and a cover of Bruno Mars’ ‘Marry You’ by Donald Glover.

10. When can I see MAGIC MIKE XXL?
MAGIC MIKE XXL is released in Irish cinemas on July 3rd 2015. Watch the trailer below…