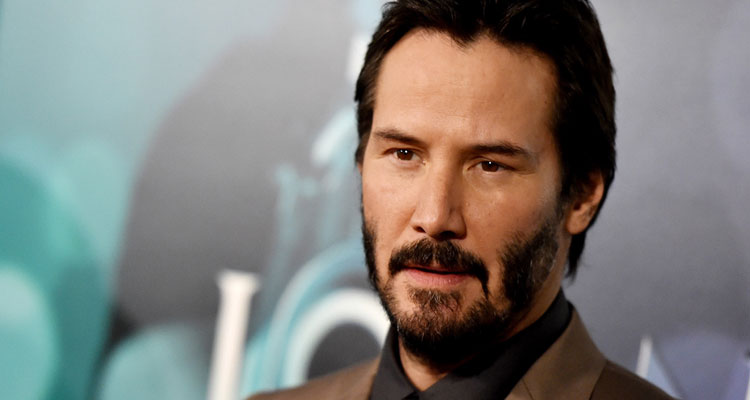 10 things you need to know about Keanu Reeves

We bring you the facts about the star of JOHN WICK…

JOHN WICK is released in Irish cinemas this week, and stars Keanu Reeves as the titular character. Wick is a retired assassin who is spurred back into action after Russian gangsters break into his home, steal his car and kill his dog. Nicknamed Baba Yaga (The Boogeyman), Wick sets out on a rampage of revenge against those who slighted him, and shows little mercy for those who get in his way.

To celebrate Reeves being back on the big screen, in his best movie role in a long time, Movies.ie have gathered together 10 facts about the actor.

1. Recap
We all probably knew this in the 90s, but just in case you’ve forgotten; Reeves was born in Beirut, Lebanon but grew up in Canada. ‘Keanu'” is a derivation of Reeves’ great-great-uncle’s name – Keaweaheulu – which means ‘the soft breeze raising’ in Hawaiian.

2. Decision Time
Reeves decided to become an actor at age 15 when he was doing Romeo and Juliet in 10th grade. He dropped out of school to pursue this career when he was 17.

4. Director
Reeves’ made his directorial debut in 2013, with MAN OF TAI CHI. The film holds a 70% approval rating on Rotten Tomatoes. Reeves also served as producer of SIDE BY SIDE, a film documenting the changing technology of cinema, in 2013.

5. Talents
Reeves played ice hockey in school – his nickname at the time was The Wall – and since then has performed with two bands; Dogstar, and Becky. As well as this, Reeves speaks French. Ooh la la!

7. Home is where the heart is
When he first became well known, Reeves preferred to live in rental houses and hotels. He was a long-term resident of the famous Chateau Marmont hotel in LA. Around 2003, he bought his first house in the Hollywood Hills, and has since purchased an apartment in Manhattan.

8. Charity
As well as setting up a cancer charity that he did not attach his name to, Reeves gave $80 million of his $114 million earnings of THE MATRIX sequels to the special effects and makeup staff, saying ‘Money is the last thing I think about. I could live on what I have already made for the next few centuries’.

9. Happiness
Keanu wrote the text for the book Ode to Happiness, which was illustrated by Alexandra Grant. Ode to Happiness is a picture book for grown ups, with a reminder not to take ourselves too seriously.

10. When can I see JOHN WICK?
JOHN WICK is released in Irish cinemas on April 10th 2015. Watch the trailer below…