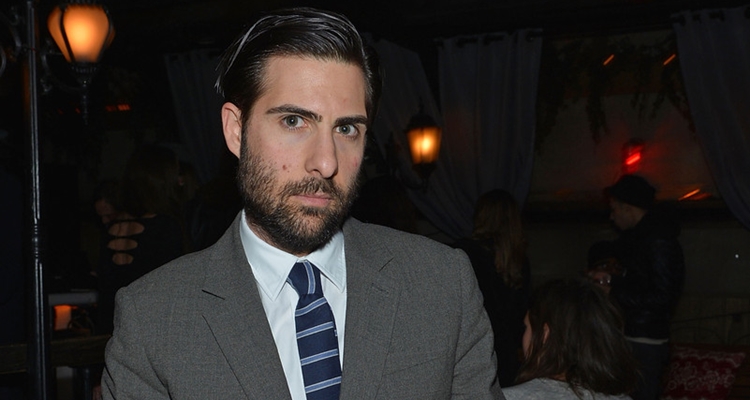 10 things you need to know about Jason Schwartzman

LISTEN UP PHILIP is released in Irish cinemas this week, and stars Jason Schwartzman as a disaffected and self involved writer who, while waiting for his second novel to be published, feels that he is being pushed out of New York City by the crowds and the noise. Philip’s girlfriend Ashley (Elisabeth Moss) becomes an after thought as he strives to escape from New York City and bond with one of his literary heroes. With this in mind, we gathered together some facts about Schwartzman, so you go to see LISTEN UP PHILIP completely prepared!

2. Frequent Friends
Schwartzman often works with director Wes Anderson, and has appeared in several of the director’s films, including MOONRISE KINGDOM, FANTASTIC MR FOX and RUSHMORE. Although many people consider Schwartzman an Anderson staple, he insists that honour belongs to Bill Murray, saying “Bill Murray is the staple. And the stapler. He’s like the King of Staples”.

3. Bored to Death
Between 2009-2011, Schwartzman starred with Zach Galiafianakis and Ted Danson in HBO’s BORED TO DEATH. The show was cancelled after just 3 seasons, but there are talks of reprising the show as a movie. Schwartzman himself said “I don’t think it’s the end for my character, Jonathan Ames. I’d love to bring him back”. Fingers crossed!

4. Phantom Planet
Aged just 14, Schwartzman formed the band Phantom Planet with Greenwald, Darren Robinson and Sam Farrar. Schwartzman drummed with the band until 2003, and performs on their most well known song ‘California’, which became the theme song for the Fox TV series, THE O.C..

5. Play On
Although he left Phantom Planet in 2003, music remains a passion of Schwartzman’s. He currently releases music through his solo project Coconut Records, and sang the theme song for the TV show BORED TO DEATH.

6. Starting Out
Schwartzman’s first movie role was in Wes Anderson’s RUSHMORE. He had no acting experience at the time and, although the filnm contains references to APOCALYPSE NOW and THE GODFATHER – both of which were directed by Schwartzman’s uncle Francis Ford Coppola – Schwartzman’s casting was not based on this; he auditioned for the role like hundreds of others.

7. Family Ties
Schwartzman starred as Louis XVI in the 2006 film MARIE ANTOINETTE, which was directed by his cousin Sofia Coppola.

8. Small Screen
As well as 24 episodes of BORED TO DEATH, Schwartzman has also appeared on TV shows PARKS AND RECREATION, OUT THERE and CRACKING UP. As well as this, he will appear on the show WET HOT AMERICAN SUMMER: FIRST DAY OF CAMP, which screens in the US later this year

9. Coming Up
Schwartzman is currently working on a film called MF, written and directed by his younger brother Robert, which also stars Johnny Simmons, Talia Shire and Brittany Furlan.