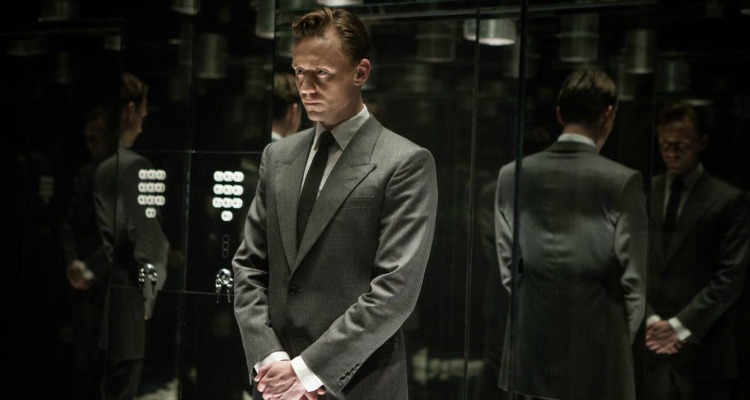 10 things you need to know about HIGH-RISE

Ben Wheatley’s eagerly anticipated film ‘High-Rise’ – the first of two from the director this year – is released in Irish cinemas this week. Starring Tom Hiddleston, Sienna Miller, Luke Evans, Elizabeth Moss and Jeremy Irons, the film tellks the story of a society that forms in a high rise apartment block, and what happens when something small goes wrong, sparking the tenants into outrage.
To celebrate the release of ‘High-Rise’, Movies.ie have gathered together 10 facts about the film that you really ought to know.

1. Source Material
‘High-Rise’ is based on the novel of the same name by English new wave science fiction writer J.G. Ballard. The novel was first published in 1975.

2. Influence
The novel ‘High-Rise’ was an influence on the 1987 ‘Doctor Who’ serial ‘Paradise Towers’. The serial was broadcast in four parts, and stars Sylvester McCoy as the Seventh Doctor, and Richard Briers as the Chief Caretaker.

3. Development
Producer Jeremy Thomas – whose work includes ‘Merry Christmas, Mr. Lawrence’, ‘Crash’ and ‘Only Lovers Left Alive’ – has wanted to make a movie version of Ballard’s novel since the 1970s. In the 70s, Thomas wanted Nicolas Roeg to direct, and in the 2000s, Vincenzo Natali was attached to the project. In 2013, Ben Wheatley started looking into acquiring the rights for the book, which led him to Jeremy Thomas, and ‘High-Rise’ finally began life as a film.

4. Irish connection
In July 2014, scenes for ‘High-Rise’ were shot in Belfast and the seaside town of Bangor.

6. Accent
Elizabeth Moss plays an English woman in ‘High-Rise’, and said that the most difficult thing for her was to speak in a convincing British accent since she is American.

8. Days of Future Past
In an interview with Empire Magazine, Wheatley said of ‘High-Rise’; “The book makes as much sense now as it did then. It was written in the ’70s, projecting itself into a near future, but we live in that future now. We’re almost in a new version of the ’70s.”

9. Cameo
Eileen Davies, who played Tina’s mother in Wheatley’s third film ‘Sightseers’, has a small cameo in ‘High-Rise’ as a resident of the complex named Mrs Hillman.