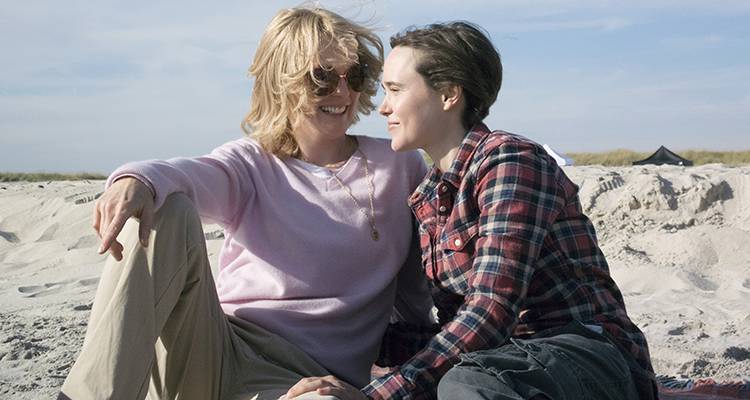 10 things you need to know about Freeheld

‘Freeheld’ is released in Irish cinemas this week and tells the story of Laurel Hester (Julianne Moore), a police officer who is diagnosed with terminal cancer. In order to allow her partner Stacie (Ellen Page) to receive Hester’s pension benefits after her death, the couple take on Ocean County, New Jersey Board of Chosen Freeholders.

Based on a true story, ‘Freeheld’ stars Julianne Moore, Ellen Page, Michael Shannon and Steve Carrell, and we have gathered together some facts about the film for your reading pleasure.

1. Short Film
‘Freeheld’ is based on the short documentary film of the same name. Released in 2007, the short film won an Oscar in 2008 and played at festivals around the world.

3. Setting
Although the film is set in new Jersey, it was actually filmed in New York due to the state’s generous tax incentives for filmmakers.

4. Denial
Although the film was shot in new York State, a high school in New Rochelle, NY did not allow a scene for the film to be shot there, since the school’s views on homosexuality clashed with the theme of the film.

5. Reuniuted
‘Freeheld’ is the second time that Steve Carell and Julianne Moore have starred in a film together. The first was ‘Crazy, Stupid, Love’, in which they played a couple going through a divorce.

6. Loyalty
Ellen Page was involved with the film for almost six years before it was made. Page signed on to play Stacie after two of the film’s producers, Stacey Sher and Michael Shamberg, sent her a copy of Wade’s documentary and asked if she was interested in starring in an adaptation.

7. Replaced
Zach Galiafinakis was originally cast as Steven Goldstein, the founder and then-Chair of Garden State Equality, but was later replaced by Steve Carell. Catherine Hardwicke was the first director attached to the film, but she was eventually replaced by Peter Sollett.

8. Cameo
The real Stacie Andree appears as an extra in ‘Freeheld’; she can be seen wearing a black cardigan behind Ellen Page in the third Freeholder meeting, sitting in the right aisle seat of the second row.

9. Sing!
Miley Cyrus recorded a song specifically for ‘Freeheld’. Titled “Hands of Love”, the song was written specifically for the film by Linda Perry, a member of 90s rock band ‘4 Non Blondes’, who has also written songs for Pink and Christina Aguilera.

10. When can I see ‘Freeheld’?
‘Freeheld’ is released in Irish cinemas on February 19th 2016. Watch the trailer below…