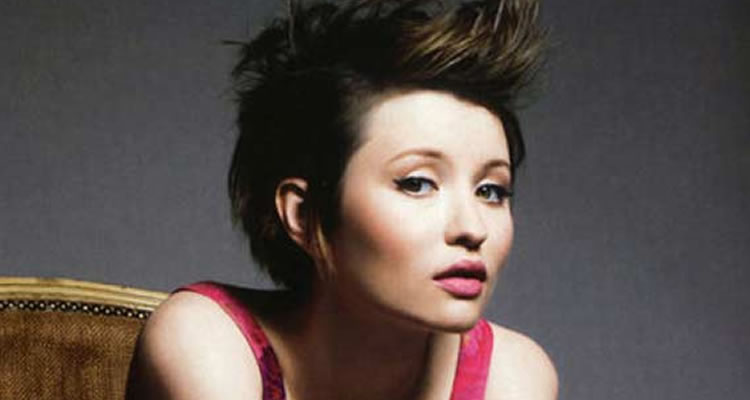 10 things you need to know about Emily Browning

LEGEND is released in Irish cinemas this week, and tells the story of the notorious London gangsters, The Kray Twins – both played by Tom Hardy – and their reign over London’s East End in the 1960s. Emily Browning stars as Frankie, the love interest in Reggie Kray’s life, and also narrates the film. With this in mind, Movies.ie have gathered together 10 facts about the actress…

1. Home
Although she sports a great English accent in LEGEND, Emily Browning is actually Australian. Apparently Browning learned an American accent from watching SESAME STREET; no word yet on how she learned a London accent for LEGEND.

2. Punch this
Browning stars with Tom Hardy in LEGEND; they both appeared in different films called Sucker Punch. Hardy’s 2008 film, directed by Malcolm Martin, was the story of illegal prize fighting, where as Browning starred in Zack Snyder’s 2011 fantasy film about an institutionalised young woman.

3. Sing, sing, sing
Speaking of SUCKER PUNCH, Browning sang three of the songs featured in the film: ‘Sweet Dreams (Are Made of This)’, ‘Asleep’, and she is featured on the track ‘Where is My Mind?’ by Yoav.

4. Beautiful Dreamer
In 2011, Browning starred in Julia Leigh’s film SLEEPING BEAUTY, which premiered at the Cannes Film Festival in the same year. It was the first Australian film to do so in 10 years and, since she plays a young woman drawn into a world of dark desires, Browning forbade her father from seeing the film!

5. Timing
Browning turned down the role of Bella Swan in TWILIGHT – which was then famously taken by Kristen Stewart – since she wanted to focus on her studies. Browning worked with TWILIGHT director Catherine Hardwicke later in career, on the movie PLUSH. Browning also went on to star in another adaptation of a Stephenie Meyer book, THE HOST in 2013.

6. School
Speaking of studies, Browning took a break from acting for three years to finish her time at Eltham High School, where she concluded her Victorian Certificate of Education exams in November 2006.

7. Breakthrough
Browning’s big break came in 2002, when she was just 14, in the horror movie GHOST SHIP. She then went on to star in LEMONY SNICKET’S A SERIES OF UNFORTUNATE EVENTS with Jim Carrey.

8. Laugh and the world laughs with you
While working on LEMONY SNICKET’S A SERIES OF UNFORTUNATE EVENTS with Jim Carrey, Browning was laughing so much at her comedic co-star that she was sure she was going to be fired from the project.

9. Coming Up
As well as LEGEND, Browning is also set to star in the upcoming SHANGRI-LA SUITE, which follows a pair of damaged lovers as they set out to kill Elvis Presley (Ron Livingston) in the summer of 1974. The film also stars Ashley Greene as Priscilla Presley.

10. When can I see LEGEND?
LEGEND is released in Irish cinemas on September 9th 2015. Watch the trailer below…