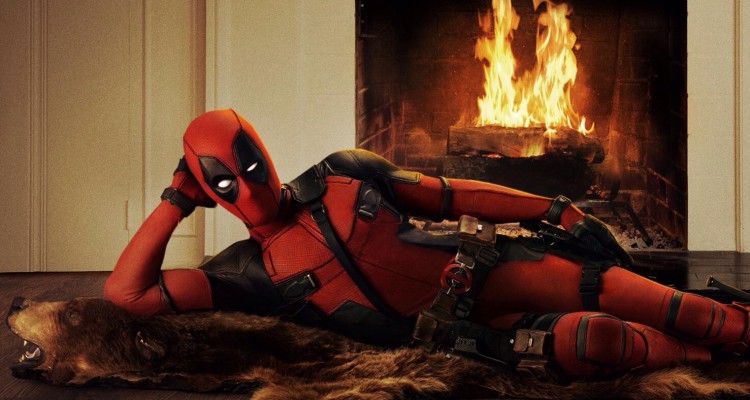 10 things you need to know about Deadpool

The long awaited ‘Deadpool’ is released in Irish cinemas this week, starring Ryan Reynolds as the fast-talking, wisecracking title character. The film follows Wade Wilson, a former Special Forces operative who, when diagnosed with cancer, is subjected to an experiment that leaves him with accelerated healing powers, a dark and twisted sense of humour and more than a few mental issues. Armed with these new abilities, Wilson sets out to hunt down the man who nearly destroyed his life.

Movies.ie have been eagerly waiting for ‘Deadpool’ for some time now, so to prepare you for the film’s release, we have gathered together some facts about the movie. Keep reading to find out more.

1. Waiting Game
There has been talk of a Deadpool spin off since ‘X-Men Origins: Wolverine’ in 2009, when Ryan Reynolds played a version of Wade Wilson, but a ‘Deadpool’ movie has actually been in development since 2000. In 2004 the film was with New Line Cinema before being passed to 20th Century Fox in 2005. Ryan Reynolds has been attached to the project since 2004, which shows a deep love and respect for the character.

2. Ask the fans
A 3 minute test reel was shot in 2012 in an attempt to convince those with the power that the film was not only feasible, but that fans were waiting for it. In 2014, the footage was released to the public, and based on the overwhelmingly positive response from fans, the film finally began production. The footage was so popular part of it was recreated for the actual film.

3. Time Space Continuum
This version of Deadpool differs from the version of the character that Reynolds played in ‘X-Men Origins: Wolverine’ due to the change in timeline during ‘X-Men: Days of Future Past’.

4. Last time for everything
This is Ryan Reynolds’s fifth time in a comic book movie. He was previously Marvel’s Hannibal in ‘Blade: Trinity’,Wade Wilson in ‘X-Men Origins: Wolverine’, Hal Jordan in DC’s ‘Green Lantern’ and Nick Walker in Dark Horse’s ‘R.I.P.D.’ Reynolds has said that Deadpool will be the last such character he will play, but he is open to Deadpool sequels and cameos.

5. Original incarnation
When the film was in development in 2010, Robert Rodriguez was approached to direct, but he turned it down to do ‘Spy Kids: All the Time in the World in 4D’. Tim Miller was tapped to direct in 2011, in his directorial debut. Miller already has plans for a sequel! Hurrah!

6. Slim down
The original costume for Deadpool costume had a muscle layer underneath, that had to be removed because Ryan Reynolds was so muscular the costume was not only too tight for him but it made him look overlarge.

7. Trailer Talk
In the trailer Wade Wilson says, “Don’t make the super suit green- or animated!” This is a reference to Ryan Reynolds’ previous role as the DC superhero Green Lantern in which the green suit was a special effect rather than an actual costume for Reynolds to wear.

8. Talk it Out
In the comics, Deadpool suffered from schizophrenia and often talked to himself. In the film, this is altered to him just breaking the fourth wall and addressing the audience; a common pchange for the character that has happened in his previous appearances in video games and animated features.

9. Merc with a Mouth
Ryan Reynolds, who gave plenty of notes to ward shaping the script, describes Deadpool’s ability to break the fourth wall and talk to the audience as a reflection of his wit: “He’s funny and acerbic and a little bit of a head case. But he’s also not trying to be liked, he’s intentionally trying to annoy everyone.”

10. When can I see ‘Deadpool’?
‘Deadpool’ is released in Irish cinemas on February 10th 2016. Watch the trailer below…