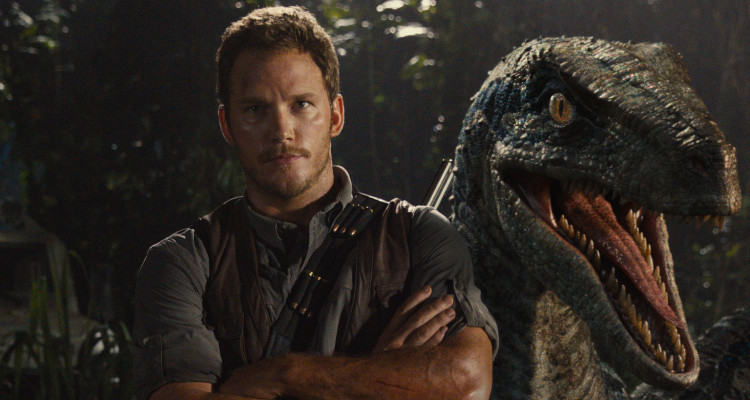 10 things you need to know about Chris Pratt

JURASSIC WORLD is released in Irish cinemas this week – colour us excited – and we took the opportunity to gather together 10 facts about the star of the film, Chris Pratt, whose career is about to go stratospheric.

1. Love me, love my bugs…
Pratt is married to actress Anna Faris. When they met on the set of TAKE ME HOME TONIGHT, they both had dead insect collections, and when they married, they combined them.

2. Humble Beginnings
Pratt was waiting tables at the Bubba Gump Shrimp Company restaurant in Maui, Hawaii when he was discovered by actor/director Rae Dawn Chong who cast him in CURSED PART 3.

3. Breakthrough
Pratt’s breakthrough came on the excellent TV show PARKS AND RECREATION. Chris’s character – Andy Dwyer – was originally supposed to be a temporary character for the show. Audiences liked him so much that Pratt became a series regular in season 2.

4. Leading Man
Having had supporting roles in films such as ZERO DARK THIRTY and HER, Pratt became a leading man in 2014 when he headlined THE LEGO MOVIE and GUARDIANS OF THE GALAXY. Interestingly, Pratt originally turned down the role of Quill/Star-Lord in GUARDIANS OF THE GALAXY; he had auditioned for Captain Kirk in STAR TREK, and for Jake Sully in AVATAR and didn’t get either role. He dismissed auditioning for the lead in a Marvel movie because he didn’t want to repeat the experience of not getting a role, but casting director Sarah Finn convinced him to reconsider.

5. Choosing roles
Although he initially shied away from the role that made him a household name, it seems Pratt does have a knack for taking part in great films; he appeared in a film that was Oscar-nominated for Best Picture for three consecutive years; MONEYBALL (2011), ZERO DARK THIRTY (2012) and HER (2013).

6. Apology
before starting out on the JURASSIC WORLD press tour, Chris pre-emptively apologised, because he was sure he would say something that would offend someone along the way. That seems to have come true this week, as Pratt revealed he is a recreational hunter in an interview with The Guardian. Pratt said; ‘The thing inside me that drives me to go out and hunt is very animal. But the remorse, emotion and respect I feel, and the closeness to God that I feel when I’m out there, is my humanity. It’s an opportunity for me to explore what parts of me are animal and what parts of me are human’.

7. Real Life Hero
On the plus side, however, Pratt also dresses up as Star-Lord when visiting sick kids in hospital. Aww.

8. Body Issues
Although we now known him as fit and toned thanks to getting in shape for GUARDIANS OF THE GALAXY, Chris’s weight yo-yoed over the years, as he lost and gained weight for ZERO DARK THIRTY, PARKS AND RECREATION and MONEYBALL. This took a toll on the actor, as he explained to Men’s Health Magazine; ‘I had real health issues that were affecting me in a major way. It’s bad for your heart, your skin, your system, your spirit.’ Pratt vows he will never get fat again.

9. The Art of Giving
In a recent interview with E! News, Pratt revealed the gift his wife Anna Faris, and his son got him for his birthday, which also happens to be Father’s Day; ‘…my darling wife bought me a piano for my birthday and Father’s Day. It was like the nicest gift I’ve ever received’.

10. When can I see JURASSIC WORLD?
JURASSIC WORLD roars into Irish cinemas on June 11th 2015. Watch the trailer below…