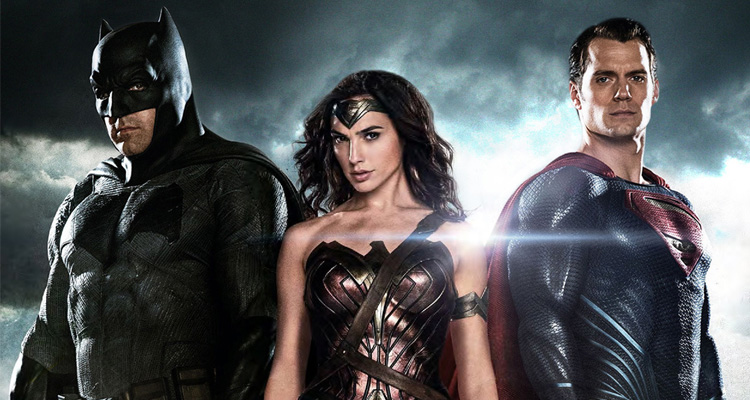 10 things you need to know about BATMAN VS SUPERMAN: DAWN OF JUSTICE

Two of our favourite superheroes take each other on this week, as ‘Batman Vs Superman: Dawn of Justice’ finally reaches the big screen. As the title may suggest, the film sees Bats (Ben Affleck) and Supes (Henry Cavill) fight it out, as the world tries to decide just which kind of superhero they really want… If any.

To celebrate the release of the year’s first blockbuster, Movies.ie have gathered together 10 facts about ‘Batman Vs Superman: Dawn of Justice’ to get you really excited to see the film. Keep reading to find out more.

1. Hesitant
Apparently Ben Affleck was surprised when he was offered the Batman role and was hesitant to commit to it. Director Zack Snyder won Affleck over by pitching his vision of Batman and showing Affleck concept art for the film.

2. Batsuit
The batsuit that Ben Affleck wears is based on Batman’s suit in the comic book “The Dark Knight Returns”, written by Frank Miller. Affleck asked if he could keep the suit after filming and was told he’d have to pay $100,000 for it. Affleck settled for a photo with the suit instead!

3. Loyalty
‘Batman Vs Superman: Dawn of Justice’ is Zack Snyder’s third film with DC. The first was ‘Watchmen’, and the second was the direct predecessor to this film; ‘Man of Steel’ Snyder is contracted for two more films at the studio; ‘Justice League Part One’ and ‘Justice League Part 2’.

4. The Flash
Although Grant Gustin plays the role of Barry Allen/The Flash in the TV show ‘The Flash’, Ezra Miller will take over the role for the big screen in both ‘Batman Vs Superman: Dawn of Justice’ and the upcoming standalone movie ‘The Flash’

6. 3D Debut
‘Batman Vs Superman: Dawn of Justice’ is the first time Batman will appear in a 3D movie. Superman’s 3D debut was, of course, ‘Superman Returns: An IMAX 3D Experience’ in 2006. Superman’s first full length 3D film was ‘Man of Steel’.

7. Lex Luthor
Lex Luthor’s role in ‘Batman Vs Superman: Dawn of Justice’ is based on his appearance in the comic “All-Star Superman”, where he is contemptuous of Superman due to his alien nature.

8. Changes
In “The Dark Knight Returns” comic book, Batman and Superman fight long after the Justice League is disassembled. In this movie, they fight before the League is even formed.

9. Jimmy Kimmel
At the end of February, Ben Affleck appeared on Jimmy Kimmel Live, debuting spoof footage of ‘Batman Vs Superman: Dawn of Justice’ that had been allegedly cut from the movie. The clip also featured Affleck, Henry Cavill and Jesse Eisenberg. Watch it below…