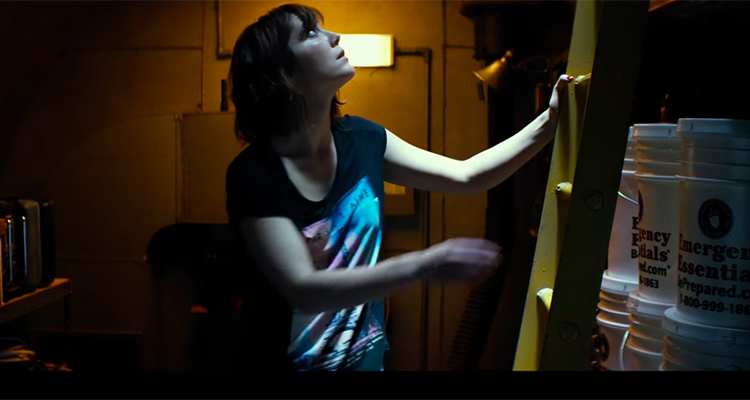 10 things you need to know about 10 CLOVERFIELD LANE

’10 Cloverfield Lane’, starring Mary Elizabeth Winstead and John Goodman, is released in Irish cinemas this month. Winstead plays Michelle, a woman who is involved in a car accident, and wakes up in the basement of Howard’s (Goodman) home. Howard tells Michelle he saved her from a chemical attack that has effectively ended the world, but Michelle begins to have her doubts.

Movies.ie have gathered together 10 facts about the film. Keep reading to find out more…

1. Surprise
‘10 Cloverfield Lane’ was announced suddenly on January 15, 2016, when a trailer was attached to ‘13 Hours: The Secret Soldiers of Benghazi’ inb the US.

2. Development
Although the film is now described by J.J. Abrams as a “blood relative” of ‘Cloverfield’, it started life as a script called ‘The Cellar’, but during development at Abrams’ Bad Robot Productions, it evolved into a film set in the ‘Cloverfield’ universe.

3. Not a Sequel
In interviews with EW.com, J.J. Abrams has been very careful to point of that ‘10 Cloverfield Lane’ is not a sequel to the 2008 Matt Reeves movie. Abrams said “Those characters and that monster [from Cloverfield] are not in this movie, but there are other characters and other monsters”.

5. Casting
Mary Elizabeth Winstead was the first and only choice for the lead role of Michelle.

6. Director
’10 Cloverfield Lane’ is director Dan Trachtenberg’s feature film debut. Before this, he was a host of GeekDrome.com and The Totally Rad Show with Alex Albrecht and Jeff Cannata. Trachtenberg also wrote and directed a short film titled ‘Kickin’’ in 2003 and directed of various television commercials.

7. Not only, but also…
As well as the work listed above, Dan Trachtenberg also directed a short film called ‘Portal: No Escape’ in 2011, which was based on the Portal series of video games.

8. Title
John Gallagher Jr, who stars in the film, was not aware of this film’s connection to ‘Cloverfield’ until after the film was shot. Also, Mary Elizabeth Winstead was not aware of the film’s title – the working title was ‘Valencia’ – until a few hours before the trailer was released.

9. Change of Style
Unlike ‘Cloverfield’, ’10 Cloverfield Lane’ will not be shot in the found footage style. Instead, relying on more traditional shooting styles.