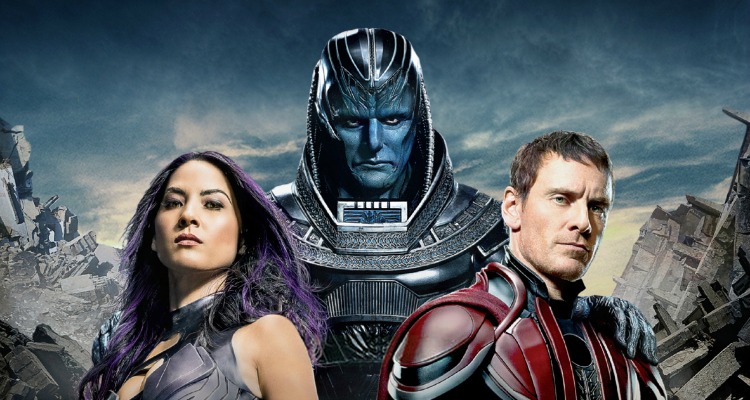 ‘X-Men: Apocalypse’ is released in Irish cinemas this week, and carries on the story of the world’s favourite mutants, as they take on their biggest challenge ever. The world’s first mutant, Apocalypse (Oscar Isaac) arises to take down humanity and create a world for mutants only, the X-Men unite to protect humanity and defeat this new threat.

To celebrate the release of ‘X-Men: Apocalypse’, Movies.ie have gathered together 10 facts about the movie that you really need to know.

1. Beginning of the end
According to screenwriter Simon Kinberg, this is the final film in the First Class story arc, which also consisted of ‘X: First Class’ (2011) and ‘X-Men: Days of Future Past’ (2014). This film will set up Professor X and Magneto as the frenemies we know they are destined to be.

2. Cheeky!
Although he is not in the movie, Charles Xavier actor Patrick Stewart jokingly informed Bryan Singer that he was willing to take on the role of a different mutant, should Jennifer Lawrence not be able to reprise her role as Mystique. Stewart said: “I am so ready to be naked, painted blue, and the world is ready for it too”.

3. Anniversary
The character Apocalypse makes his first big screen appearance in this film, 30 years after he character first appeared in the X-Men comic books in 1986.

4. Reuse, recycle
Instead of making ‘X-Men: The Last Stand’ in 2006, director Bryan Singer opted instead to work on ‘Superman Returns’. ‘X-Men: Apocalypse’ uses concepts he had planned to use in ‘The Last Stand’.

6. Alternates
Both Tom Hardy and Idris Elba were considered for the role of Apocalypse, but in the end Oscar Isaac best both actors to the role.

7. Time is Strange
Screenwriter Simon Kinberg said that thanks to the time-travelling consequences of ‘X-Men: Days of Future Past’ history has been altered so that some mutants have turned out differently than they had in the previous films. This has enabled new versions of old characters to exist and appear in these films.

8. Last Time Out
Jennifer Lawrence has said that ‘X-Men: Apocalypse’ is the last time she will play the role of Mystique. The film is also the second last time Hugh Jackman will play Wolverine, and although this is the last contracted ‘X-Men’ film for James McAvoy, Michael Fassbender and Nicholas Hoult, but they have expressed interest in doing more, if the scripts are right.

9. Finally!
James McAvoy finally got to shave his head for his role as Professor X in ‘X-Men: Apocalypse’. The actor had wanted to do this for his previous outings in the role, and even went so far as to shave his head for ‘X: First Class’ before learning the producers wanted the character to have hair as a younger man.