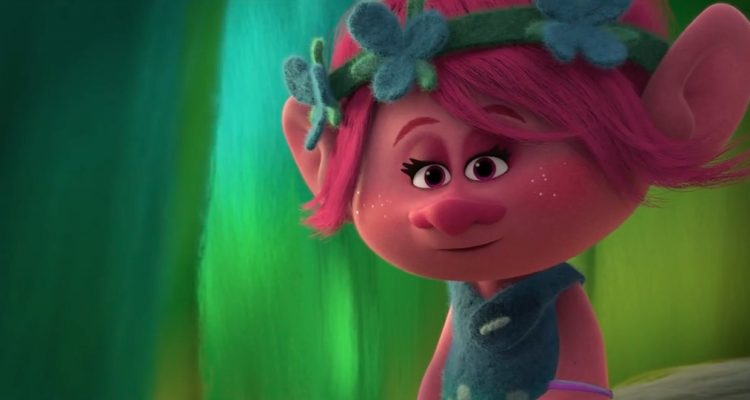 10 things you need to know about ‘Trolls’

‘Trolls’ is released in Irish cinemas this week. Starring the voices of Justin Timberlake, Anna Kendrick, Zooey Deschanel and James Corden, ‘Trolls’ is the story of the giddy, colourful and excitable Poppy (Kendrick) who is oblivious to the threat to Troll Town from the evil Bergens. When the threat becomes real, Poppy drafts in grumpy troll Branch (Timberlake) to help save the town.

To celebrate the release of the colourful and fun ‘Trolls’ in Irish cinemas, Movies.ie has gathered together 10 facts about the movie that you really ought to know.

1. Inspiration
‘Trolls’ is based on the ugly pretty dolls of the same name created by Thomas Dam. Dam was a Danish woodworker and fisherman who and invented the original troll doll, also known as the “Good Luck Troll”.

2. Expansion
Thomas Dam created the first Troll Doll during a period of financial distress, and carved it from wood. Soon, the Dam family had started up a new business and Dam earned enough to buy himself a small factory where the dolls were produced in vinyl.

3. Worldwide Fame
Originally created in 1959, Troll Dolls have been worldwide fads several times throughout history; in the 1960s in the US, the late 1980s and 1990s. The dolls have always been popular in their native Denmark.

4. Development
DreamWorks Animation has been developing a computer-animated musical comedy film based on the Troll dolls since 2010. They acquired the rights in 2013 and currently hold the rights to the characters worldwide, apart from their native Scandinavia.

5. Original Cast
When the ‘Trolls’ film was originally announced, Chloe Grace Moretz and Jason Schwartzman were attached to star. When the film was redeveloped as a musical, however, the voice actors were recast.

7. Musical
Since ‘Trolls’ is a musical, it is the first film of the genre to be produced by DreamWorks Animation since ‘The Prince of Egypt’ way back in 1998.

8. Sing!
Anna Kendrick and James Corden have appeared together in a musical before; Disney’s ‘Into the Woods’ back in 2014.

9. Preview
Anna Kendrick and Justin Timberlake presented an exclusive preview of ‘Trolls’ at the Cannes Film Festival earlier this year. They even sang “True Colours”, which plays a huge part in the movie, live on stage. Movies.ie were on hand at the special event. Check out our video below.