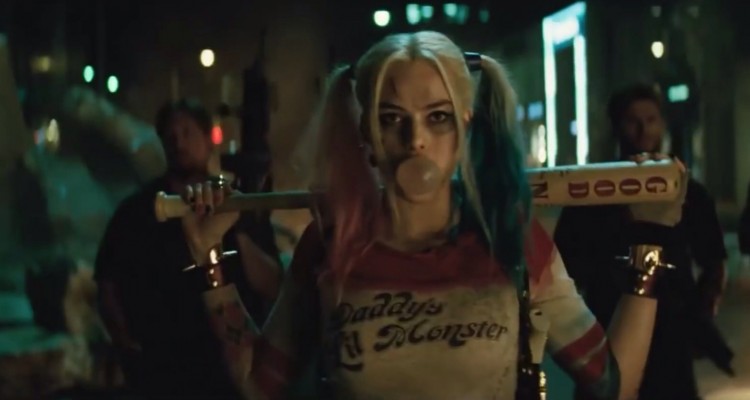 10 things you need to know about ‘Suicide Squad’

This week, ‘Suicide Squad’ is finally released in Irish cinemas, with villains Harley Quinn (Margot Robbie), Deadshot (Will Smith) and Captain Boomerang (Jai Courtney) joining forces to take down a threat that is even bigger than them. Keeping the Suicide Squad in check is a dangerous mission for the US government, but with clemency and shorter prison sentences on the table, it is in the villains’ best interests to behave. The question is as to whether they will.

To celebrate the release of the highly anticipated ‘Suicide Squad’ in Irish cinemas, movies.ie have gathered together 10 facts about the movie that you really ought to know.

1. Batman Stinks
In an interview with Empire Magazine, executive producer of ‘Suicide Squad’ Zack Snyder said that each member of the Squad has a vendetta against Batman since he is the one who put them behind bars.

2. Third Time Lucky
This is the third time the Suicide Squad has appeared in live action; they previously turned up on the small screen in ‘Smallville’ and ‘Arrow’.

3. Not Your Average Heroes
‘Suicide Squad’ is the first comic book movie to comprise a lead cast made up of villains, not heroes.

4. 50th Anniversary
‘Suicide Squad’ is the first film to feature The Joker that is not a Batman led movie. As well as this, the film is released on the 50th anniversary of the character’s live-action debut; Cesar Romero played the role in ‘Batman’ and ‘Batman: The Movie’ in 1966.

5. Memories Fade, Ink is Forever
Most of the cast got a tattoo of the (deliberately misspelled) word “SKWAD” while filming. Margot Robbie and Will Smith even did some of the inking themselves.

6. Joke’s On You
Jared Leto got so into the role of The Joker that he sent fellow cast members so-called presents that he felt The Joker would send; Margot Robbie got a rat, Will Smith got bullets and Adewale Akinnuoye-Agbaje was the presumably unhappy recipient of a used copy of Playboy magazine. Yuck.

7. Thank You
The baseball bat used by Harley Quinn in the movie was given to director Kevin Smith as a thank you for hosting ‘Dawn of the Justice League’. Smith promptly gave the bat to his daughter Harley Quinn Smith, who is named after Robbie’s character, and she was so moved she burst into tears.

8. History
Each of the Squad wears something that references their history in the comic books; Harley Quinn’s colour scheme is red and blue, referencing her appearance in the ‘New 52’ comics, Killer Croc wears clothes made of crocodile skin and Chato Santana wears a sweatshirt that says Diablo.

9. Enchanting
Cara Delevingne listened to music by Nick Cave and Megadeth to get into the right mood to play the Enchantress.