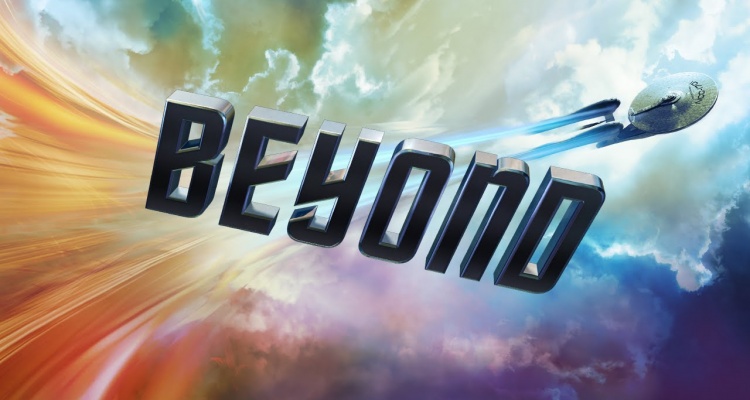 10 things you need to know about ‘Star Trek Beyond’

The third film in the new ‘Star Trek’ franchise – ‘Star Trek Beyond’ – is released in Irish cinemas this week. This time out, a new and unknown enemy attacks Kirk and the crew of the USS Enterprise when they are far away from Earth and find themselves without a way to get home.

To celebrate the release of ‘Star Trek Beyond’ Movies.ie has gathered together 10 facts about the movie that you really ought to know.

1. Golden Anniversary
The release of ‘Star Trek Beyond’ was deliberately timed to coincide with the 50th anniversary of Gene Roddenberry’s original ‘Star Trek’ TV series.

2. Shuffle
Roberto Orci, writer of ‘Star Trek’ and ‘Star Trek Into Darkness’ began work on a script for a third ‘Star Trek’ movie in 2013 with Patrick McKay and John D. Payne. Orci was also due to direct, after JJ Abrams left the franchise to work on ‘Star Wars: The Force Awakens’. However, in 2015, Orci had left the project with Simon Pegg and Doug Jung taking over as scriptwriters.

3. Writing
Simon Pegg is known primarily for writing comedy films such as ‘Shaun of the Dead’, ‘Paul’ and ‘Hot Fuzz’. ‘Star Trek Beyond’ is the first drama film that Pegg has written.

4. New Direction
With Abrams and Orci off the project, Edgar Wright, Rupert Wyatt, Morten Tyldum, Daniel Espinosa and Duncan Jones were considered to direct ‘Star Trek Beyond’. In December 2015, Justin Lin was announced as director. Lin is best known for his work on the ‘Fast and Furious’ franchise.

5. Tragedy
Just over a month before the release of ‘Star Trek Beyond’, Anton Yelchin – who plays Pavel Chekov in the franchise – sadly passed away at the age of 27. ‘Star Trek Beyond’’ will be Yelchin’s final ‘Star Trek’ film, but he had completed work on several other projects, including ‘Rememory’ with Peter Dinklage.

6. Rumours
Although it was rumoured that Spock Prime would appear in ‘Star Trek Beyond’, the death of Leonard Nimoy in February 2015 meant that this was no longer an option. Rumours that William Shatner and Benedict Cumberbatch will appear in the film have not been confirmed.

7. What a Marvel
All three villains in the rebooted ‘Star Trek’ franchise are played by actors who have roles in the Marvel cinematic universe. Eric Bana (Nero) played The Hulk/Bruce Banner in the 2003 film ‘Hulk’. Benedict Cumberbatch (Khan) will play Dr Strange in the upcoming film of the same name, and Idris Elba (Krall) played Heimdall in ‘Thor’, ‘Thor: The Dark World’, ‘Avengers: Age of Ultron’ and the upcoming ‘Thor: Ragnarök’.

8. Stardate 2016
2016 will see the release of both a ‘Star Trek’ and a ‘Star Wars’ film; ‘Star Trek Beyond’ and ‘Rogue One: A Star Wars Story’. This is not the first time these two mega-franchises have released films in the same year; ‘Star Trek: Nemesis’ and ‘Star Wars: Episode III – Attack of the Clones’ were both released in 2002.

9. Out with the old
Every ‘Star Trek’ movie to date – all 12 of them – have been shot on 35mm film. ‘Star Trek Beyond’ is the first film based on Gene Roddenberry’s original series to be shot on digital.