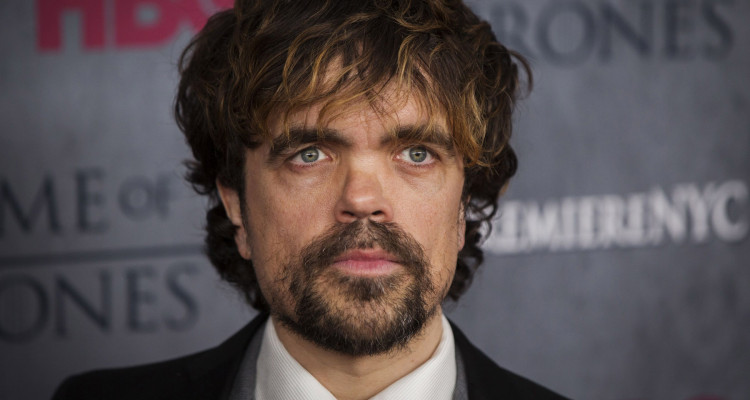 10 things you need to know about Peter Dinklage

‘The Boss’ is released in Irish cinemas this week. Co-written and starring Melissa McCarthy as a woman sent to prison for insider trading. When she is released, Michelle is determined to reinvent herself as America’s Sweetheart, but not everyone is ready to forgive and forget.

As well as McCarthy, ‘The Boss’ stars Peter Dinklage as Renault, Michelle’s nemesis. To celebrate the release of Dinklage’s new film, Movies.ie have gathered together 10 facts about the actor that you really ought to know.

1. Bad Gal
Before Dinklage was cast in ‘The Boss’, McCarthy and the studio were unable to decide whether Renault should be a man or a woman. Dinklage beat Oprah Winfrey, Jon Hamm and Sandra Bullock to the role.

2. First taste of success
Dinklage got his first taste for acting as a child, in a production of ‘The Velveteen Rabbit’, where the audience loved him. “When you get your first solo bow, that feels pretty good”, Dinklage told People Magazine, when explaining how he got into acting.

3. Truth
In 1995, Dinklage appeared in ‘Living in Oblivion’; his first movie role. Dinklage played an actor with dwarfism who is frustrated by the clichéd roles he is always offered. We get the feeling this was something that really spoke to the actor.

4. Plant Based Diet
Dinklage is a vegetarian. Any time he is seen eating meat on screen, he is actually eating a tofu product, such as the tofu ‘beef’ jerky his character Finbar eats in ‘The Station Agent’.

6. Reprise
In 2007, Dinklage played Peter in ‘Death at a Funeral’, directed by Frank Oz. In 2010, the film was remade in the US, and directed by Neil LaBute. Dinklage was the only actor from the original who reprised his role from the first film.

7. Short Stature
Peter Dinklage has a form of dwarfism, achondroplasia, which affects bone growth. Dinklage is 4 ft 5 in tall, with a typical-sized head and torso but short limbs, and found his condition challenging sometimes while growing up. In 2003 in an interview with msnbc, he said: “When I was younger, I definitely let it get to me. As an adolescent, I was bitter and angry, and I definitely put up these walls. But the older you get, you realize you just have to have a sense of humor. You just know that it’s not your problem. It’s theirs”.

8. Breakthrough
Peter Dinklage’s breakthrough role was in Tom McCarthy’s 2003 film ‘The Station Agent’. McCarthy – who went on to win an Oscar for the screenplay of ‘Spotlight’ – was friends with Dinklage at the time he was writing the film, and wrote Finbar especially for him.

9. Host
Peter Dinklage hosted ‘Saturday Night Live’ earlier this year, but he made his first appearance on the show in 2013 playing a character called ‘Peter Drunklage’. Watch the full sketch below…