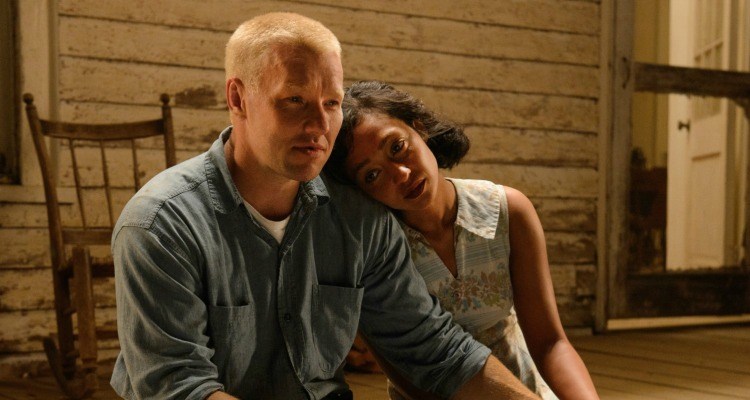 10 things you need to know about ‘LOVING’ – Starring Ruth Negga

Premiered at the Cannes Film Festival last year, and released in Irish cinemas this week, ‘Loving’ is the new film from Jeff Nichols, starring Ruth Negga and Joel Edgerton.

The film tells the story of Richard Loving (Joel Edgerton) and Mildred (Ruth Negga), who marry in secret before returning to their home in Virginia. In 1950s America however, marriage between a white man and a black woman is not accepted by local authorities, and it is not long before the newly wed Lovings are arrested and ordered to leave the State, not to return for 25 years. The Lovings accept their fate until one of their children in hurt while playing on the street; the ensuing court battle to allow the couple and their children to return home changed US law forever.

To celebrate the release of ‘Loving’ in Irish cinemas, Movies.ie has gathered together 10 facts about the film that you really ought to know.

1. Nominee
Ruth Negga is Oscar nominated for her role as Mildred Loving in ‘Loving’, making her only the second Irish actress to be nominated for an Oscar in the Best Actress in a Leading Role category. Soairse Ronan was nominated in the same category in 2016 for her performance in ‘Brooklyn’, and Brenda Fricker previously won Best Actress in a Supporting Role in 1990 for her performance in ‘My Left Foot’. Congratulations Ruth!

2. Attraction
In an interview with Elle, when asked why she was attracted to the role of Mildred in ‘Loving’, Ruth Negga said “I’ve never seen that kind of story told in this manner before. You know, the screenplay is so beautiful and I wanted very much to be part of that. Having become familiar with them, I think their story needs to be told and shared and honoured and celebrated”.

3. Second Time Around
‘Loving’ is not the first film to focus on the story of Richard and Mildred Loving; their story was previously brought to light in a 1996 TV movie called ‘Mr and Mrs Loving’, directed by Richard Friedenberg.

4. Inspiration
It is however, the 2011 documentary ‘The Loving Story’ by Nancy Buirski, that inspired ‘Loving’. ‘The Loving Story’ is a documentary that follows the Lovings and their landmark case, and captures many details of the Loving’s private lives. In an interview, director Jeff Nichols said; “We had this beautiful documentary footage unearthed from the mid-’60s where we got to go into their home and see them and watch them”.

5. Colin Firth
In April 2009, while filming ‘Main Street’ in Durham, North Carolina, actor Colin Firth had stumbled upon the story of Richard and Mildred Loving. After working extensively with Nancy Buirski on documentary ‘The Loving Story’ and it was Firth – along with producers Ged Doherty and Nancy Buirski – that approached Jeff Nichols to create a narrative feature around this remarkable true story.

6. Reunited
Many of the people involved with ‘Loving’ have worked together in the past; ‘Loving’ is the fifth film directed by Jeff Nichols that has starred Michael Shannon, and Shannon worked with Joel Edgerton on ‘Midnight Special’, and with Marton Csokas on ‘Kangaroo Jack’.

7. Music
The soundtrack for ‘Loving’ was composed by David Wingo, who has worked with Nichols in the past on ‘Take Shelter’, ‘Mud’, and ‘Midnight Special’. In an interview with Gold Derby, Wingo said he wanted the original music for the film to feel “like it could have been from any time”.

8. Contender
As mentioned, ‘Loving’ was screened last May at the Cannes Film Festival. The film received a five minute standing ovation after the official screening, and The Hollywood Reporter, People and Essence hedged their bets very early for the film to be an Oscar contender.

9. Other nominations
As well as the Oscar nomination for Ruth Begga, ‘Loving’ has been nominated for a whopping total of 95 awards, including two Golden Globes. The film has gone on to win 28 of those awards, including nods from The Alliance of Women Film Journalists and The African-American Film Critics Association (AAFCA). Phew!

10. When can I see ‘Loving’?
‘Loving’ is released in Irish cinemas on February 3rd. Watch the trailer below…