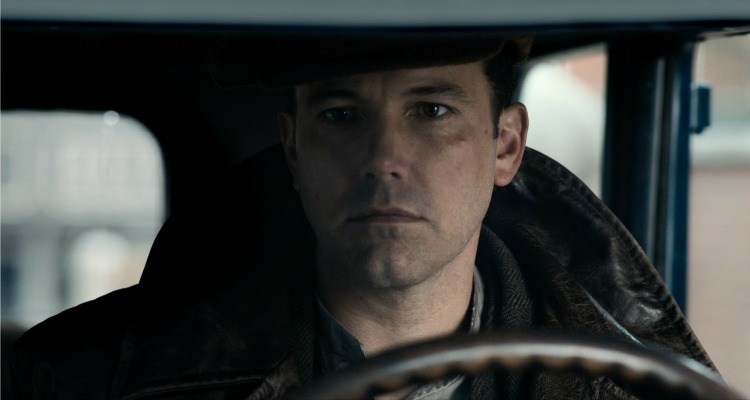 10 things you need to know about ‘LIVE BY NIGHT’

To celebrate the release of ‘Live by Night’ in Irish cinemas, Movies.ie has gathered together 10 facts about the movie that you really ought to know.

1. Writer/director/Star
As well as playing Joe Coughlin in ‘Live by Night’, Ben Affleck also wrote the screenplay and directed the 1920s gangster movie.

3. Adaptation
‘Live by Night’ is based on a novel written by Dennis Lehane, the second Lehane adaptation that Affleck has directed after ‘Gone Baby Gone’. Lehane also wrote the novels that ‘Shutter Island’ and ‘Mystic River’ are based on.

4. Delay
Ben Affleck delayed the production of ‘Live by Night’ to take the lead role in David Fincher’s adaption of ‘Gone Girl’. According to Affleck, he always wanted to get a chance to work with David Fincher on a film.

5. Original Choice
Since he had already played a leading role in a Dennis Lehane adaptation – Teddy Daniels in ‘Shutter Island’ – Leonardo DiCaprio was considered for the lead role of Joe Coughlin in ‘Live by Night’, but opted to produce the film instead. Ben Affleck replaced DiCaprio.

6. Apprehensions
Novelist Dennis Lehane was initially fearful of Ben Affleck’s ability to play the lead role of Joe Coughlin, but Affleck decided to screen test for the role, and (apparently) more than allayed any of Lehane’s fears.

7. Reunited
Chris Cooper plays Chief Irving Figgis in ‘Live by Night’; this is the second time that Cooper has worked on a movie with Ben Affleck as director and actor after ‘The Town’ in 2010.

8. Bulk Up
Chris Messina, known for supporting roles in ‘Argo’, ‘The Newsroom’ and as Danny Castellano in ‘The Mindy Project’ gained 40lbs for his role as Dion Bartolo in ‘Live by Night’. Bartolo is described in Lehane’s novel as “round”, and Messina said in an interview with Stephen Colbert on ‘The Late Show’ that gaining weight was fun for him.

9. Lenses
To get the right look for ‘Live by Night’, Cinematographer Robert Richardson wanted to shoot the film with the set of Ultra Panavision 70 anamorphic lenses he had recently used on ‘The Hateful Eight’ but Panavision had already rented them for use on ‘Rogue One: A Star Wars Story’, so Richardson used Arri Alexa 65 and vintage 65 lenses from Panavision instead.