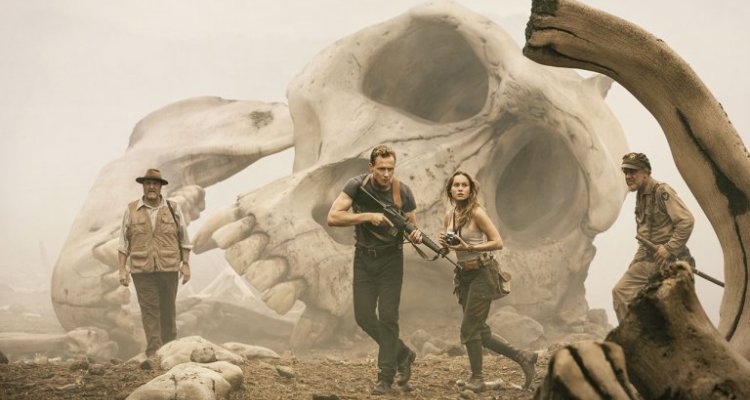 10 things you need to know about ‘KONG: SKULL ISLAND’

Released in Irish cinemas this week, ‘Kong: Skull Island’ is a new take on the Kong legend. In 1975 an expedition led by Bill Randa (John Goodman) journeys to a mysterious island surrounded by perpetual storms, under the guise of exploring one of the last uncharted places on Earth. Accompanied by mercenary James Conrad (Tom Hiddleston), photographer Mason Weaver (Brie Larson) and a squadron from the US military, Randa reaches the island, but the explosions the team sets to complete a geological study incurs the wrath of one of the island’s inhabitants, a giant ape, named Kong.

To celebrate the release of ‘Kong: Skull Island’, Movies.ie has gathered together 10 things you really need to know about the film. Keep reading to find out more…

1. New take
This is the second film about King Kong, in which characters such as Ann Darrow, Carl Denham, and Jack Driscoll do not appear. This is a new take on Kong’s origins story.

2. Time Goes By
‘Kong: Skull Island’ is released 12 years after Peter Jackson’s ‘King Kong’, which starred Naomi Watts, Jack Black and Adrien Brody, and 84 years after the original black and white version of the story, which was released in 1933.

4. References
As well as the visual references to ‘Apocalypse Now’ in the trailer and poster, ‘Kong: Skull Island’ also has references to Joseph Conrad’s ‘Heart of Darkness’.

5. Monstrous Kong
‘Kong: Skull Island’ features one of the largest adaptions of King Kong on screen, standing nearly 328 feet tall, while Peter Jackson’s Kong was only 82 feet tall. In the two Japanese movies, in which King Kong appeared, he stood approximately 150 feet tall.

7. Replacements
Michael Keaton and J.K. Simmons were originally attached to the film, but both had to drop out due to scheduling conflicts. John C. Reilly took over Keaton’s role while Samuel L. Jackson replaced Simmons.