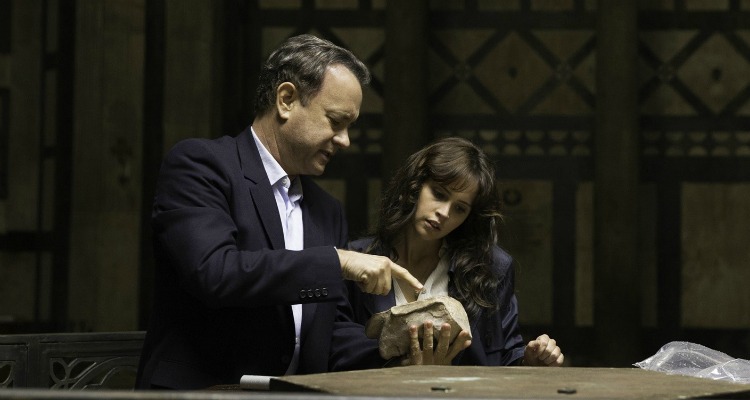 10 things you need to know about ‘Inferno’

This week, Dan Brown’s most famous character – Robert Langdon – returns to cinema screens in ‘Inferno’. Starring Tom Hanks as Langdon, ‘Inferno’ follows the academic as he wakes up in Florence with amnesia and teams up with Dr Sienna Brooke (Felicity Jones) to try and find out just what he has forgotten and, of course, foil a deadly global plot.

To celebrate the release of ‘Inferno’, Movies.ie has gathered together 10 facts about the film that you really ought to know.

1. Recap
Just in case you have forgotten, the previous films to focus on the character of Robert Langdon are ‘The DaVinci Code’, in which he decoded a secret message in the artist’s works, and ‘Angels and Demons’, which focused on a conspiracy theory in the Vatican.

2. Books
Although this is the third Robert Langdon film, Dan Brown has written four books focusing on the character – ‘Angels and Demons’, ‘The DaVinci Code’, ‘The Lost Symbol’ and ‘Inferno’. The fifth book ‘Origin’ is due for release in 2017.

3. Team
Tom Hanks returns to the role of Robert Langdon for ‘Inferno’, which also reunites him with ‘Angels and Demons’ and ‘The DaVinci Code’ director Ron Howard. Howard also directed Hanks in ‘Splash” in 1984, and ‘Apollo 13’ in 1996.

5. Codename
Suring production of ‘Inferno’, the film’s codename was ‘Headache’. Codenames are poften used to throw fans off the scent, and the title ‘Headache’ possibly refers to the fact that Langdon wakes up with amnesia presumably after a blow to the head.

6. Together Again
Sidse Babett Knudsen and Tom Hanks already starred in a film together this year; Tom Tykwer’s ‘Hologram for the King’, which was released in Irish cinemas in May this year.

8. Cityscape
So far, each of the Robert Langdon films has been predominantly set in one European city; ‘The DaVinci Code’ was set in Paris and ‘Angels and Demons’ was set in Rome. This time out Robert Langdon returns to Italy; ‘Inferno’ is largely set in Florence.

9. Change the Date
‘Inferno’ was originally due to be released on December 18th 2015, but to avoid a conflict with ‘Star Wars: The Force Awakens’, which was obviously going to dwarf everything else released that week, Sony moved the film back to this year.