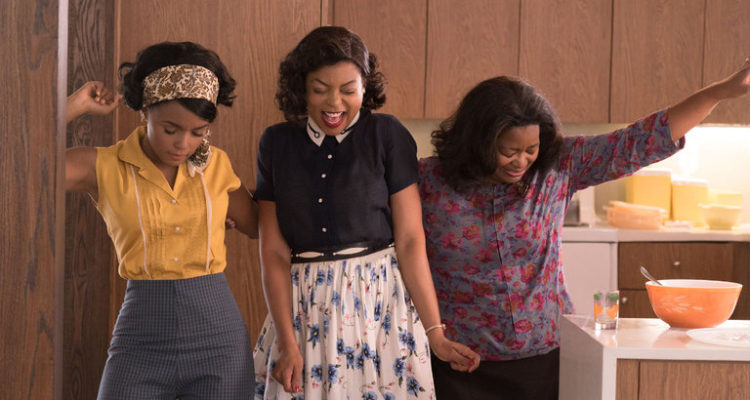 10 things you need to know about ‘HIDDEN FIGURES’

This week, the Oscar nominated film ‘Hidden Figures’ is released in Irish cinemas. Starring Taraji P. Henson, Octavia Spencer and Janelle Monae, the film is the story of three African American women in the 1960s, who were mathematicians at NASA, and played a vital role in the US Space Program.

To celebrate the release of ‘Hidden Figures’ in Irish cinemas, Movies.ie has gathered together 10 facts about the film that you really ought to know.

1. True Story
‘Hidden Figures’ is based on the real experiences of mathematicians Katherine Johnson, Mary Jackson and Dorothy Vaughan. The story is inspirational, but the real life Johnson, on hearing about the film, expressed surprise that anyone would want to make a film about her life.

4. Filming
Although ‘Hidden Figures’ is set in Virginia, most of the filming took place in Georgia. Locations included the Lockheed Martin Aeronautics at Dobbins Air Reserve Base.

5. History
The set where Dorothy Vaughn’s house was filmed is actually an historic house in Atlanta where US civil rights legends Ralph Abernathy and Martin Luther King Jr. met.

6. Coffee
Interestingly, Katherine’s co-workers in the film drink Chock Full o’Nuts coffee. In 1957, Chock Full o’Nuts was the first major New York corporation to hire a black executive as a corporate vice-president. That man was retired baseball legend Jackie Robinson, who had also been the first person to break the racial barrier in professional baseball.

7. Cameo
Mark Armstrong, son of Apollo 11 astronaut Neil Armstrong, was invited to have a cameo role in the film. Armstrong appears in a crowd scene of NASA engineers.

8. Music
Pharrell Williams acted as producer on ‘Hidden Figures’ and also oversaw all musical elements, and the soundtrack.