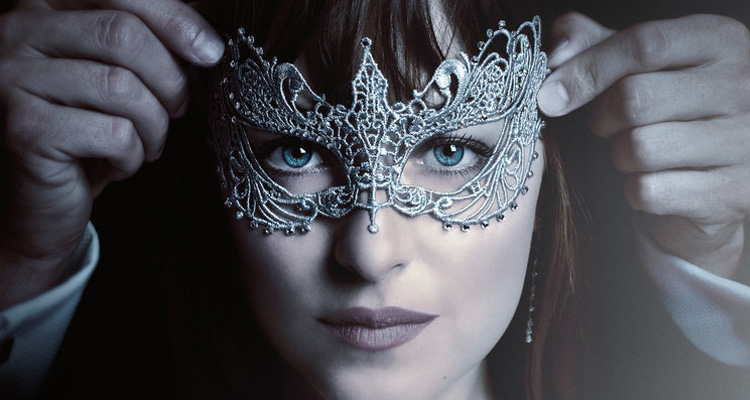 10 things you need to know about ‘FIFTY SHADES DARKER’

Released in Irish cinemas this week, ‘Fifty Shades Darker’, the sequel to 2015’s ‘Fifty Shades of Grey’ sees Ana Steele (Dakota Johnson) struggle to come to terms with the end of her relationship with Christian Grey (Jamie Dornan). When Christian convinces Ana to resume their relationship on her terms, Ana accepts, but it is not long before Christian’s past threatens to come between the two.

To celebrate the release of ‘Fifty Shades Darker’ in Irish cinemas, Movies.ie has gathered together 10 facts about the film you really ought to know.

3. Rumours
After the release of ‘Fifty Shades of Grey’, rumours circulated that Jamie Dornan would not reprise his role in the sequel. Happily, these turned out to be just rumours, with Dornan’s official rep debunking the gossip.

6. Casting
A new character appears in the film; Elena Robinson, a spectre from Christian’s past. Before Kim Basinger was cast in the role, fans campaigned for several actresses to take the part, including Charlize Theron, Kim Cattrall and Michelle Pfeiffer.

7. Working Title
While the film was being shot, it was under the fake name “Further Adventures of Max and Banks 2 & 3”, to throw fans off the scent and keep shooting secret.

8. Back to Back
‘Fifty Shades Darker’ and ‘Fifty Shades Freed’ are being shot back to back, so fans only have until 2018 to wait before Ana and Christian’s story is wrapped up on screen.

9. Soundtrack
Zayn and Taylor Swift sing the film’s theme song “I Don’t Wanna Live Forever”, which was released in December 2016. The soundtrack also features songs by Halsey, Tove Lo, Sia, John Legend and Nick Jonas and Nicki Minaj. The full album is due for release in February 10th 2017.