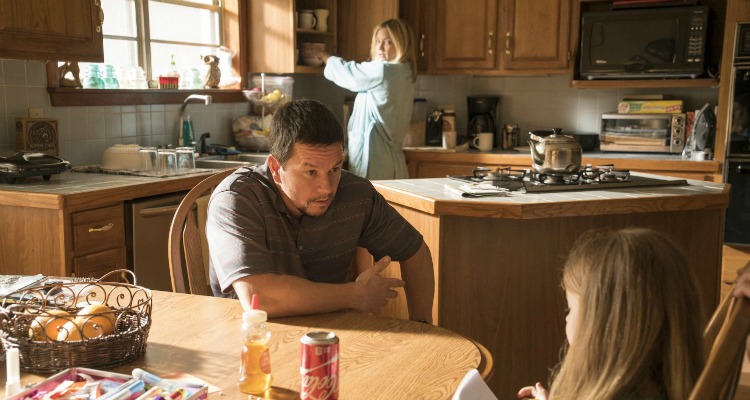 10 things you need to know about ‘Deepwater Horizon’

‘Deepwater Horizon’ – based on the true story of an explosion on an offshore drilling rig that caused the worst oil spill in US history – is released in Irish cinemas this week. Starring Mark Wahlberg, Kate Hudson, Kurt Russell and John Malkovich, Peter Berg’s film pays tribute to the brave men and women on board the rig when it exploded.

To celebrate the release of ‘Deepwater Horizon’ in Irish cinemas, Movies.ie has gathered together 10 facts about the film that you really should know. Keep reading to find out more…

1. True Story
As mentioned, ‘Deepwater Horizon’ is based on a true story that took place in 2010. The rig, which has been in operation since 2001, suffered an explosion on 20 April 2010, while drilling at the Macondo Prospect in the Gulf of Mexico. The explosion killed 11 people and the Deepwater Horizon later sank.

2. Oil Spill
The explosion on the Deepwater Horizon was caused by crude oil gushing to the surface. After the rig sank, the crude oil spill carried on for 87 days, releasing approximately 210 million US gallons of oil. The effects of the spill were catastrophic on both human and animal life.

3. Movie
The film version of the Deepwater Horizon story was greenlit in 2011, the film rights to the New York Times’ article ‘Deepwater Horizon’s Final Hours’ by David Barstow, David S. Rohde and Stephanie Saul were acquired.

5. Family Reunion
Amazingly, Kate Hudson and her stepfather Kurt Russell had never worked together before ‘Deepwater Horizon’; in a post on her Instagram, the actress celebrated that milestone.

6. Bigger and Better
Parts of ‘Deepwater Horizon’ were filmed in Chalmette, Louisiana, where an oil rig was specifically built for the film. This rig is rumoured to be the biggest set ever built for a movie; even bigger than the ones built for James Cameron’s ‘Titanic’.

8. Keeping in Character
Reportedly Mark Wahlberg stayed in character for the entire shoot of ‘Deepwater Horizon’.

9. For and Against
Although some survivors of the Deepwater Horizon disaster were against the film being made, survivor Mike Williams was strongly in favour of the film, even working on the film as it was in production.