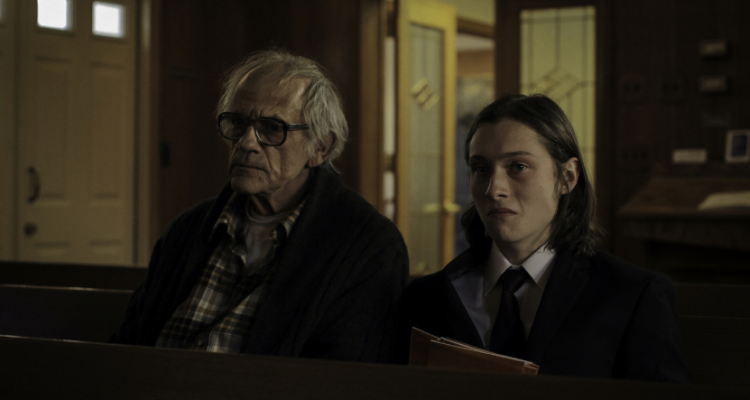 10 things you need to know about Christopher Lloyd

‘I am Not a Serial Killer’ is released in Irish cinemas this week. The film, based on the book by Christopher Hyde, is the story of teenager John Cleaver (Max Records), who has always been a troubled kid. Working at the family funeral home does not help matters, but being able to talk honestly with his therapist Dr Neblin (Karl Geary) about his homicidal thoughts and fascination with killing. John manages to never act on his impulses, but when people begin to die at the hands of a serial killer in his small town, he must hunt down and confront the killer, while keeping his own inner demons in check.

To celebrate the release of ‘I am Not a Serial Killer’, which marks actor Christopher Lloyd’s first film to hit the big screen since ‘Sin City: A Dame to Kill For’ in 2014, so Movies.ie has gathered together some facts about the actor, and all around legend, that you really need to know.

2. Imitation is the sincerest form of flattery
In ‘Back to the Future’, Christopher Lloyd’s character hands from the arm of a large clock in Hill Valley. This is an homage to a similar stunt done by Harold Lloyd – no relation – in the 1923 film ‘Safety Last!’

3. Preparation
To prepare for the challenging role of Taber in ‘One Flew Over the Cuckoo’s Nest’, Lloyd lived in a mental institution for several weeks and studied the patients. Taber is modelled after one of the patients Lloyd spent time with, and he stayed in character all throughout filming, even when he was not on screen.

4. TV
Apart from the ‘Back to the Future’ films, Lloyd is perhaps best known for his role as “Reverend” Jim Ignatoski in the TV sitcom ‘Taxi’, for which he won two Primetime Emmy Awards for Outstanding Supporting Actor in a Comedy Series. Lloyd even reprised the role for the 1999 film ‘Man on the Moon’, 20 years after the series had aired.

5. Favourite
In a June 2009 interview, Lloyd said that the role of Klingon commander Kruge in ‘Star Trek III: The Search for Spock’ was among one of his favourite roles he ever portrayed in his acting career.

6. Who?
Eric Stoltz was originally cast as Marty McFly in ‘Back to the Future’, and had worked on several scenes with Christopher Lloyd before he was recast. During his time on the film and being a method actor, Eric Stoltz refused to answer to any other name but that of his character, Marty McFly. When Christopher Lloyd was told that Stoltz was to be replaced, he asked “Who’s Eric?” and after further explanation added “Oh, I really thought his name was Marty”.

7. Cyclist
Christopher Lloyd is a devoted bicyclist; he once rode through Italy, pedalling from Milan to Venice, over the Dolomites, along the Amalfi coast and to Naples.

8. Peer
Although he is 11 years older than her, as a young actor, Christopher Lloyd performed at the Yale Repertory Theatre with Meryl Streep.

9. Still Busy
Despite having just turned 78 years old, Christopher Lloyd has eight films in production at the moment, including Zach Braff’s next directorial project ‘Going in Style’.