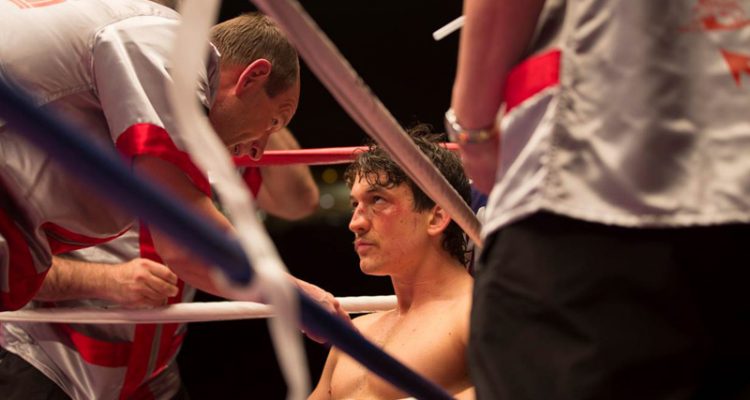 10 things you need to know about ‘Bleed for This’

The incredible true story of boxer Vinny Paz, ‘Bleed for This’ is released in Irish cinemas this week. The film, starring Miles Teller as Paz, follows the boxer who, in 1991, after being told to retire by his manager, boxer Vinny Paz (Miles Teller) won the WBA World Light Middleweight Title against highly rated fighter Gilbert Dele. Not long afterwards, Paz was involved in a terrible car accident, where his neck was broken. Although doctors told Paz he would never fight again, he disobeyed their orders to make what is considered to be the greatest comeback in boxing history.

To celebrate the release of ‘Bleed for This’ in Irish cinemas, Movies.ie has gathered together 10 facts about the movie that you really need to know.

1. Director
‘Bleed for This’ is directed by Ben Younger, whose last feature length film, ‘Prime’, was released 11 years ago.

2. In the Red Corner
As well as Younger, ‘Bleed for This’ had some strong backing in the form of producer Martin Scorsese, who famously directed the acclaimed film about Italian American middleweight boxer Jake LaMotta.

3. Cast
As well as Miles Teller as Vinny Paz, ‘Bleed for This’ stars Aaron Eckhart, Katey Sagal and our own Ciarán Hinds.

4. Car Crash
Miles Teller, who plays Vinny Paz, was in a near fatal car crash in 2007, which left him with some small scars on his face and chin. In an interview with The Hollywood Reporter, Teller said the reason he was drawn to the role in ‘Bleed for This’ was “I’m a sucker for a good comeback story”.

5. Training
To prepare for the role of Vinny Paz, Miles Teller trained with boxing trainer Darrell Foster, who’d trained fighters like Sugar Ray Leonard and helped Will Smith prepare for his role as Muhammad Ali in 2001’s ‘Ali’.

7. Career friends
Miles Teller and Michael B. Jordan worked together on ‘That Awkward Moment’ and ‘Fantastic Four’ and ‘Bleed for This’ means that the two have both starred in boxing movies; Michael B. Jordan played the title role in last year’s ‘Creed’.

8. Home Town
Vinny Paz is from Rhode Island in New England, USA. To stay true to Paz’s character, ‘Bleed for This’ was entirely filmed in this same area.

9. Moving
In an interview with Fox News, the real Vinny Paz said that ‘Bleed for This’ not only made him relive some of the most painful times of his life, but also moved him to tears when he watched it.