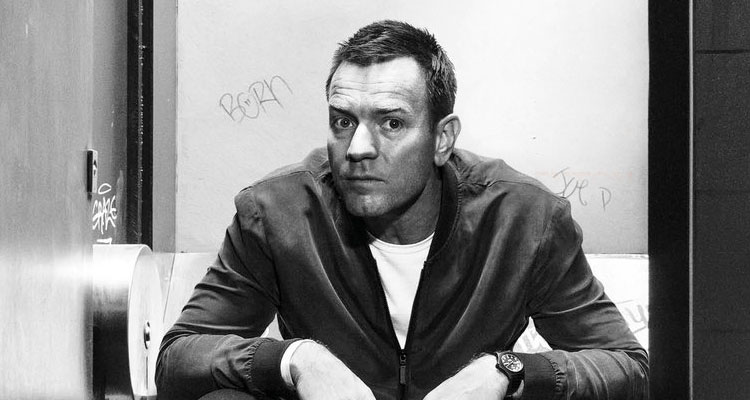 10 Things To Know About TRAINSPOTTING 2

21 YEARS
21 years in the making, demand for a sequel to the 1996 classic has always been high but Danny Boyle wanted to wait long enough for the actors to look older (ie “ravaged by the passing of time”). The sequel is set 10 years after the first movie but Boyle kindly gave them an extra ten years to make sure that everyone was looking sufficiently haggard to suit their hedonistic lifestyle.

CHOOSE LIFE
The ‘T2’ trailer hints at there being a possible return to addiction for Renton and Spud, and homage was certainly paid to the original movie, with an updated version of Renton’s “Choose Life” monologue playing over the top. However, McGregor stressed that they didn’t try to remake the original “This is different because it’s 20 years on – it’s really different because we didn’t try to remake the film, that would be a bit sad. It’s a new animal but it will be quite special.”

SOUNDTRACK
The original soundtrack is considered one of the most iconic of all time, the music has become an internal part of the movie, with tracks by the likes of Iggy Pop, Lou Reed, Blur, New Order & Sleeper, it even made Underworld’s “lager, lager, lager” chant mainstream. The sequel’s trailer features Wolf Alice’s ‘Silk’ alongside Limerick band The Rubberbandits hinting that the new soundtrack will reflect the times we’re living in, while still retaining the edge of its predecessor.

There has been some confusion over the title ‘Trainspotting’. Irvine Welsh has since revealed that he was comparing the unusual hobby of watching trains to heroin addiction, i.e., something that only the people who indulge in that pastime truly understand. To them, it makes perfect sense.

Danny Boyle had his actors prepare by making them watch older movies about rebellious youths like The Hustler (1961), The Exorcist (1973) and A Clockwork Orange (1971). There are a number of nods to each movie in the original movie.

To play the skinny heroin-addicted Renton in the original movie, Ewan McGregor was placed on a simple diet consisting of no alcohol or dairy products in order to lose weight. It took him 2 months to lose 2 stone and reach Renton’s desired size.

FIRST SEQUEL
‘T2’ is the first time Danny Boyle has directed a sequel. He was considered as director for the fourth movie in the Alien franchise (which ultimately became ‘Alien: Resurrection’, but went on to do A Life Less Ordinary (1997) instead. The quirky director served as a producer on 2007’s ‘28 Weeks Later’, a sequel to his 2002 zombie flick ‘28 Days Later’ but directing duties went to Juan Carlos Fresnadillo.

Those squeamish scenes in the first movie, showing Ewan McGregor injecting himself with heroin, were achieved using a very convincing prosthetic arm constructed by the make-up department. The arm was complete with pulsing veins, smack tracks and small pockets of blood that would appear when the skin was punctured by a hypodermic needle.

THE WORST TOILET IN SCOTLAND

The infamous toilet-diving scene in the original movie is a reference to Thomas Pynchon’s 1973 novel “Gravity’s Rainbow”. Although it looks disgusting, the toilet props were actually made from chocolate and smelled quite pleasant. Yum!

TRAINSPOTTING 2 IS IN IRISH CINEMAS FROM JAN 27th