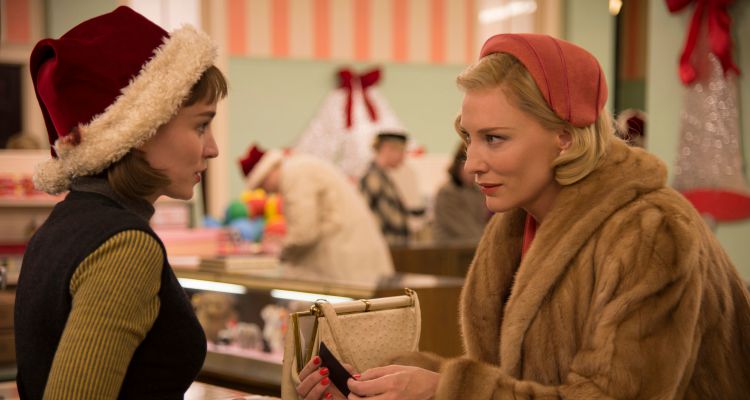 What will you watch in Irish cinemas this month?

Directed by: Todd Haynes
Starring: Rooney Mara, Cate Blanchett, Carrie Brownstein, Kyle Chandler, Jake Lacy
Release Date: November 27th
When Therese first meets the aloof but curiously magnetic Carol the two quickly grow close as friends, before becoming lovers. Carol’s ex-husband however, is unable to let Carol go, and begins to use her relationship with Therese as a weapon in their divorce.

THE SCOUTS’ GUIDE TO THE ZOMBIE APOCALYPSE

Directed by: Christopher Landon
Starring: David Koechner, Tye Sheridan, Cloris Leachman, Blake Anderson
Release Date: November 6th
Ben, Carter and Augie are a day away from their last camp out as boy scouts. Although they think they already have a strong bond, they are about to discover the true meaning of friendship when a zombie plague threatens their town.

Directed by: Gabriele Muccino
Starring: Amanda Seyfried, Aaron Paul, Russell Crowe, Diane Kruger, Jane Fonda
Release Date: November 13th
When she was a small child, Katie’s father – a Pulitzer prize winning author – struggled to take care of her as he came to terms with his own illness. 27 years later, Katie struggles to let a new man into her life after she felt so abandoned by her father.

THE LADY IN THE VAN

Directed by: Nicholas Hytner
Starring: Maggie Smith, Dominic Cooper, James Corden, Jim Broadbent, Russell Tovey
Release Date: November 13th
Based on a real relationship that writer Alan Bennett had, Maggie Smith plays Miss Mary Shepherd, a house-less woman who lives in her van, which Alan Bennett allows her to park in his driveway, where she stayed for 15 years.