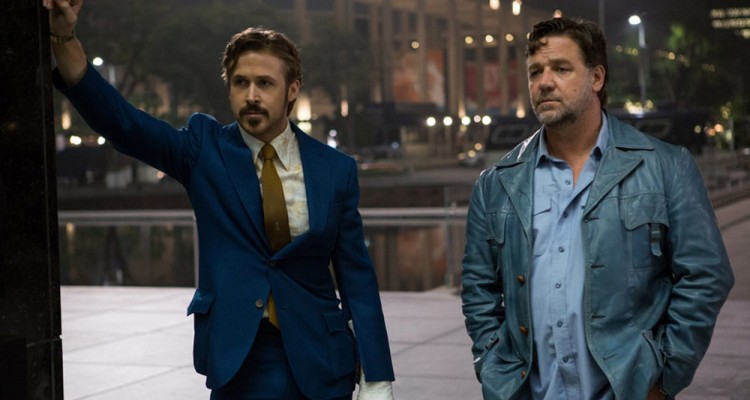 Directed by: Shane Black
Starring: Russell Crowe, Ryan Gosling, Kim Basinger, Matt Bomer, Angourie Rice
Release Date: June 3rd 2016
Unlicensed PI Holland March (Ryan Gosling) and debt collector/enforcerJackson Healy (Russell Crowe) meet for the first time when one of Jackson’s clients pays him to get Holland off her back. The two soon realise that there is a lot more to this story than they first thought, and team up to get to the bottom of the mystery.

THE SECRET LIFE OF PETS

Directed by: Chris Renaud and Yarrow Cheney
Starring: Jenny Slate, Ellie Kemper, Lake Bell, Kevin Hart, Louis C.K.
Release Date: June 24th 2016
Chris Renaud, co-director of the ‘Despicable Me’ films, brings a new animated adventure to Irish screens this month. Max (Louis C.K.) has a lovely life as the favourite pet of a New York family, but all of this change when the family brings home a new pet; a mongrel named Duke (Eric Stonestreet). The two must put aside their differences and their petty squabbles however, when they realise an angry bunny is leading a brigade of animals to take revenge on all happily owned, domesticated pets.

WHEN MARNIE WAS THERE

Directed by: Hiromasa Yonebayashi
Starring: Kathy Bates, Ellen Burnstyn, geena Davis, Catherine O’Hara, John C. Reilly
Release Date: June 10th 2016
In this new film from Studio Ghibli, an introverted and shy 12 year old girl is sent to live with foster parents. Anna is unhappy in her new home, but when she discovers an abandoned mansion and a girl who seems to live there, Anna makes a friend and learns some truths about her biological family, a family which she has never known.

Directed by: Garry Marshall
Starring: Jennifer Aniston, Timothy Olyphant, Kate Hudson, Sarah Chalke, Jason Sudeikis,
Release Date: June 10th 2016
The king of the ensemble comedy – Garry Marshall – brings his new films to Irish cinemas this week. Like Marshall’s previous films ‘Valentine’s Day’ and ‘New Year’s Eve’, ‘Mother’s Day’ is centred on the day of the title, and follows three women as they come to terms with the relationships they have with their mothers.