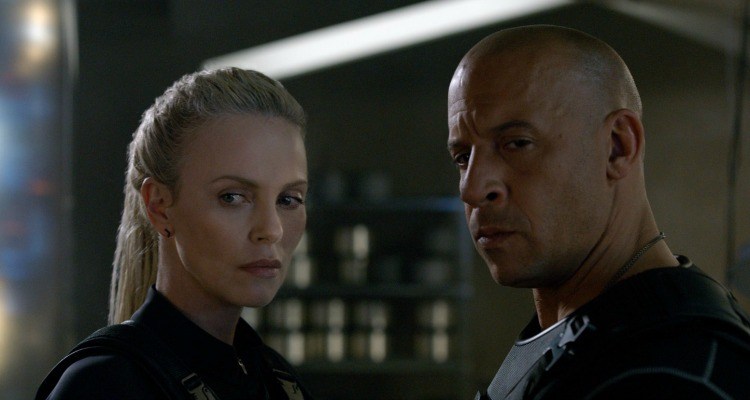 10 things you need to know about ‘Fast and Furious 8’

This week, the eighth film in the ‘Fast and Furious’ franchise is released. This time out, Dom (Vin Diesel) seduced by a beautiful but dangerous woman, and drawn into a world of crime. When he betrays those closest to him, the rest of the team decide that Dom needs a wake up call, and end up facing tests that will challenge them as never before.

To celebrate the release of ‘Fast and Furious 8’ in Irish cinemas, Movies.ie has gathered together 10 facts about the film that you really ought to know. Keep reading to find out more…

1. Moving Forward
‘Fast and Furious 8’ is the second film in the franchise not to star Paul Walker, who died in a single-vehicle crash on November 30, 2013, during the filming of ‘Furious 7’. Walker did not star in the 2006 instalment ‘The Fast and the Furious: Tokyo Drift’.

3. First Time
‘Fast and Furious 8’ is the first Hollywood film to be shot in Cuba, after the decades-long economic, commercial and financial embargo against Cuba by the US was lifted in 2015.

4. Real Emotion
Back in August, Dwayne Johnson confirmed rumours of a rift between him and co-star Vin Diesel, in an Instagram post that was brutally honest, but did not name Diesel by name. Johnson told fans that when he was playing angry, he was not acting in this new ‘Fast and Furious’ film, since he found working on the film so frustrating. Read the full post below.

This is my final week of shooting #FastAndFurious8. There’s no other franchise that gets my blood boiling more than this one. An incredible hard working crew. UNIVERSAL has been great partners as well. My female co-stars are always amazing and I love ’em. My male co-stars however are a different story. Some conduct themselves as stand up men and true professionals, while others don’t. The ones that don’t are too chicken shit to do anything about it anyway. Candy asses. When you watch this movie next April and it seems like I’m not acting in some of these scenes and my blood is legit boiling – you’re right. Bottom line is it’ll play great for the movie and fits this Hobbs character that’s embedded in my DNA extremely well. The producer in me is happy about this part😉. Final week on FAST 8 and I’ll finish strong. #IcemanCometh #F8 #ZeroToleranceForCandyAsses

5. Top of the World
An action sequence for ‘Fast and Furious 8’ was filmed in Iceland in April last year, which is rumoured to be the biggest explosion scene ever filmed in the chilly country at the top of the world. We can’t wait to see it!

6. Director
‘Fast and Furious 8’ director F. Gary Grey previously worked with Vin Diesel in ‘A Man Apart’, both Jason Statham and Charlize Theron in ‘The Italian Job’ and Dwayne Johnson in ‘Be Cool’. Now he reunites with them all in one place, as the director of the latest instalment of the ‘Fast and the Furious’ franchise.

7. Evil Woman
Charlize Theron is starring in ‘Fast and Furious 8′ as the villain of the film. This will be the first time a main antagonist in the ‘Fast and Furious’ franchise will be played by a woman.

8. Not only… But also
As well as Charlize Theron, ‘Fast and Furious 8’ also stars Helen Mirren and Kurt Russell, as well as the cast we all know and love; Dwayne Johnson, Vin Diesel, Jason Statham, Michelle Rodriguez and Tyrese Gibson.

9. Music
Brian Tyler, who scored the third, fourth, fifth, and seventh instalments in ‘The Fast and The Furious’ franchise, was tapped to compose the film score for the eighth film. A soundtrack album by Atlantic Records is set to release on April 14, 2017, accompanying the film’s cinema release.